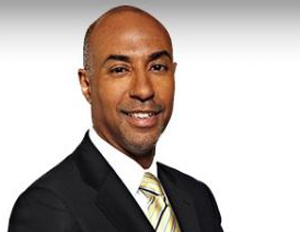 “Jeffrey will be a tremendous leader for our league at an exciting time for its future,” Jim Lawson, chairman of the CFL’s Board of Governors, said in a statement. “He has every skill set our board was looking for and he clearly understands what our league means to this country and what our fans and partners mean to this league.â€

Orridge will assume his new duties as commissioner on April 29th.

“I’m fully cognizant of that and fully embrace it,” said Orridge on becoming the first black commissioner among North America’s top five professional sports organizations. “I’m very proud of where I’ve come from, my background, my heritage… It’s a remarkable thing that we’ve come this far but it’s really been on the shoulders of everybody else who’s come before me. I don’t think of myself as a black sports executive, I don’t consider myself the black commissioner. I consider myself the 13th commissioner of the CFL with an obligation and responsibility to carry on and build on my 12 predecessors and all their work.â€