U.S. Capitol police officer Eugene Goodman, who received widespread praise for his actions during the Capitol riot, received more after a new video showed him directing Republican Mitt Romney away from the mob.

The previously unseen footage from a security camera in the Capitol was played by House managers in the impeachment trial against former President Donald Trump. In the video, Goodman is running down a hall and Romney is walking toward Goodman, not breaking stride, points in the opposite direction and Romney quickly complies.

Romney said Wednesday that he did not know the mob was that close, nor did he know it was Goodman who guided him away from the mob. Romney was later seen talking to Goodman in the Senate chamber.

“It was obviously very troubling to see the great violence that our Capitol police and others were subjected to,” Romney told reporters after the managers’ presentation Wednesday. “It tears at your heart and brings tears to your eyes. That was overwhelmingly distressing and emotional.”

Goodman previously received widespread praise for other actions he made on the day of the riot. The Former Army veteran was literally the last line of defense before the rioters reached the chamber, leading them away from the chamber where more than 100 lawmakers were still conducting the official count to confirm President Joe Biden’s win.

Five people died in the Capitol riot including Capitol police officer Brian Sicknick and the Capitol has been a relative fortress since with fencing and 25,000 National Guard members all over the nation’s capital.

Speaker of the House Nancy Pelosi said on Thursday she will introduce legislation to give members of the Capitol police who showed bravery and heroism the Congressional Gold Medal. The medal was originally given to military members but was later changed to include anyone.

“It has been such a sad time for us, but as we see what is being presented, we also see the extraordinary valor of the Capitol police, who risked and gave their lives to save our Capitol, our democracy, our lives. They are martyrs for our democracy, those who lost their lives,” she said. 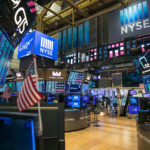 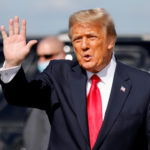 Dozens Of Republican Officials In Talks To Form Anti-Trump Party