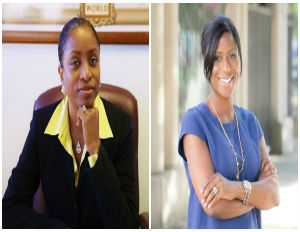 The world’s largest travel and leisure company, Carnival Corporation, has appointed Marie McKenzie to the position of vice president of global destinations services and sourcing.

McKenzie’s latest promotion is a new role and function for the company, where she will lead a team of brand experts who are responsible for geographical regions on behalf of all nine brands. Additionally, McKenzie will leverage Carnival Corporation’s collective scale and expertise to continue creating new and exciting excursions and port experiences for the company’s nearly 11 million guests who sail every year on the company’s 100 ships.

“We are very excited to have Marie take on this new role, and with her proven track record in her past 19 years at Carnival, we know she will lead this team to great success,” said Chief Operations Officer for Carnival Corporation Alan Buckelew.

McKenzie, who joined the Carnival family in 1996, is a graduate of Howard University and Florida International University. She serves on the board of directors of the Make-A-Wish Foundation of Southern Florida and Honey Shine Inc.

In addition to McKenzie’s promotion at Carnival, advertising agency Walton Isaacson has appointed Kirsten Atkinson to vice president of media and branded integration. With over 15 years of advertising experience, Atkinson began her career at Starcom Worldwide as a media planner on Proctor & Gamble, and has worked on traditional channels as well as emerging media, new social platforms, interactive TV, branded entertainment, and addressable TV.

“Kirsten’s experience across platform and media as well as cultures is a perfect match with our agency’s DNA,” said the agency’s co-founder and partner Aaron Walton. “In particular, we are keen on her ability to traverse traditional channels along with branded entertainment and experiential.”

Atkinson is a graduate of Clark Atlanta University where she received a BA in Mass Media Arts/Public Relations.