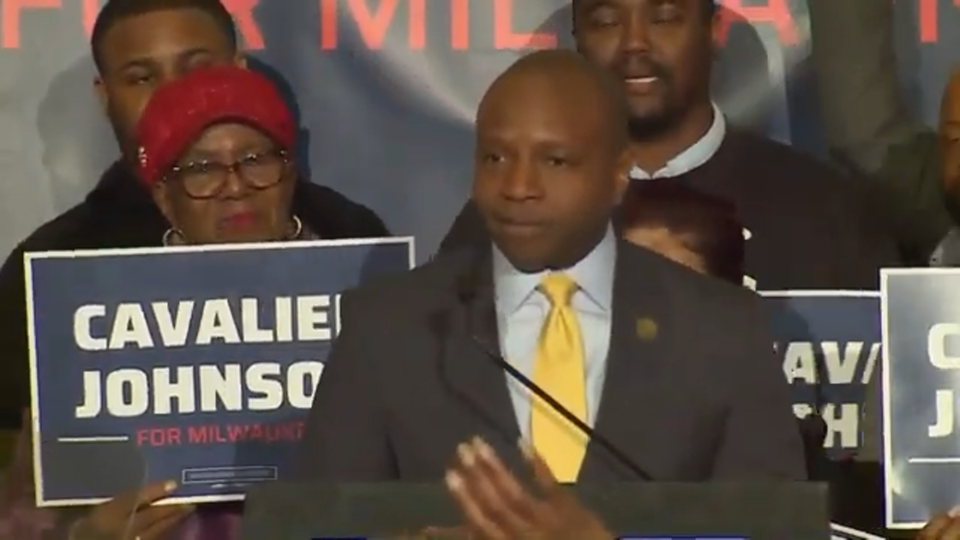 Cavalier Johnson has been elected the first Black mayor of Milwaukee. (Image: Twitter)

Voters in Milwaukee have elected the first Black mayor in its history as Cavalier Johnson defeated former Alderman Bob Donovan in a special election Tuesday.

“Seven weeks ago I stood in a hotel ballroom much like this one and our message then was simple, we want a safer, stronger, more prosperous Milwaukee,” Cavalier said in his victory speech Tuesday night, NBC reported.

“I also said, ‘this city is wonderful, it’s beautiful, it’s sometimes heartbreaking and we needed to have a big, bold vision’ and now, tonight this city for the first in its 176-year history has elected our first Black mayor. We did it.”

Johnson, 35, also the city’s first millennial mayor, defeated Donovan in the special election for a shortened two-year term. According to CNN, Johnson became the city’s acting mayor after Tom Barrett stepped down to become the U.S. ambassador to Luxembourg.

The two men were the top two finishers in the February primary election and ran for mayor in 2016. Johnson, who was raised and still lives on the city’s north side, was previously elected alderman to the Milwaukee Common Council in 2016. He was re-elected four years later and served as president of the common council.

Johnson ran on a platform of creating jobs, fighting COVID-19, and public safety, touting a plan to “reducing violence and ensuring safety” that includes combating reckless driving. The city set a record last year with 197 homicides, the second year in a row homicides set a record in the city.

In his victory speech Johnson made sure to thank those that put him in office.

“Most importantly I wanna thank you, I want to thank Milwaukee’s voters,” Johnson said. “It’s because of you that after 176-year history a Black man can stand up and say that I’ve been elected to serve as mayor, because of you.”