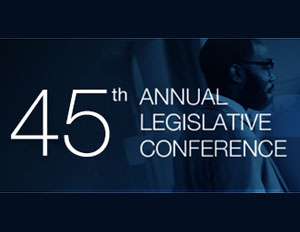 The first day of the Congressional Black Caucus Foundation’s (CBCF) 45th Annual Legislative Conference, popularly known as “CBC Week,” started with two discussions critical to sustaining power in the black community. Those issues were: Diversity in the tech sector and the voting power of black women.

A panel discussion on the lack of diversity in Silicon Valley was hosted by Rep. Jim Clyburn (D-SC) and included Rev. Jesse Jackson.Â  The issue has been worked on extensively by Black Caucus Chairman Rep. G.K. Butterfield (D-N.C.), who traveled to Silicon Valley last month with other Black Caucus members to connect with tech companies on how they could improve their hiring. “I believe over the next five years we will see a shift. Our challenge is to ensure our young boys and girls get into STEM education,” Butterfield said in a recent interview.

Rev. Jackson, who compelled tech companies such as Apple, Twitter and Microsoft to release numbers revealing the diversity—or lack thereof—of their workforce this year, spoke on black entrepreneurship and expanding opportunities during the discussion as the CBCF ALC kicked off its first day.

During a standing-room-only policy discussion hosted by the Black Women’s Roundtable, a new report was released on black women voters.Â  Black women voted at a higher percentage than any other group of voters over the last two presidential elections.Â  The new report, titled “The Power of the Sister Vote” revealed that 76% of black women in America are registered to vote.

Legendary political strategist Donna Brazile spoke first at the session of black women leaders, asserting that, “Black women voters are the most potent political group in American politics. It’s not about our size, it’s about our participation.”