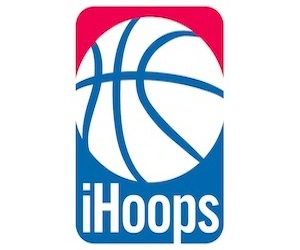 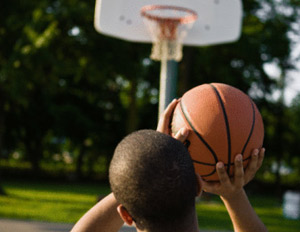 On the Ground and Raising Awareness

At its most basic, iHoops wants to connect with leaders in the youth basketball

community, be it those who organize tournaments to working with municipalities that govern the sport. This includes actively engaging with program partners the Amateur Athletic Union, National Federation of State High School Associations, and USA Basketball.

“It’s [also] going into communities and [helping to] rebuild stadiums and refurbish backboards and courts. It’s working with community leaders to provide the best facilities that we can for the kids who play the game, both boys and girls.… It’s a very important part of what our mission is going to be moving forward and we’re hoping to execute that at a high level.â€

On the menu online is nutrition advice, as well as information that engages parents and coaches to think about the wear and tear on the bodies of youngsters who may be pushing too hard or competing too frequently. This is one reason why Godfrey says iHoops wants to get more adults into and registered with its Coach Certification program.

“You need a license to practice law, you need a license to drive your car, you need a license to do many things in our society, but you don’t need a license to coach youth basketball, or at least a certificate that suggests you’ve had some training,â€ says Godfrey. “We want to put men and women [through the program]–who are going to be shining examples for our young people–in a position to be successful, and I think that’s what the coaching certification program will do.â€ Godfrey says that research will be a part of the organization’s endeavors in the future, such as looking at the effects of too much play at a young age.

Academics also play an integral role in the information provided to parents and kids. “What we want to do is to reach out to parents and make sure [they] are aware of academic standards that their kids have to adhere to,â€ Godfrey says, specifically noting NCAA eligibility requirements, which are available on its site. Advice can also be found on the site regarding time management, and balancing basketball and schoolwork. This is an especially important and relevant subject for Godfrey, who has attained much success in his career and seen the same happen to other who have played the game and focused.

“My backcourt mate at Colgate [Thaddeus Brown] is now the CEO of the Houston Rockets, so it just shows that when you use basketball as a tool versus basketball just using you, there are so many opportunities for our young people to thrive and survive, be very productive citizens, and make very significant contributions,â€ he says.