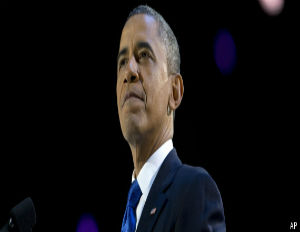 The Huffington Post is reporting that a Las Vegas CEO whose full name and company haven’t been disclosed,Â told a radio host on 100.5 KXNT that he fired 22 of his 114 employees as a direct result of Obama’s reelection.

“I had to lay off 22 people today to make sure that my business is gonna thrive and I’m gonna be around for years to come,â€Â the CEO said. “I have to build up that nest egg now for the taxes and regulations that are coming my way.â€

The CEO is simply referred to as “David.”

“David” had warned his “mostly Hispanic” workers about a month ago that if Obama was reelected, Obamacare and extra payroll taxes would force him to take action in order to stay in business.