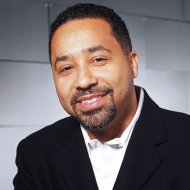 “We are definitely going to look at expanding the sport and introducing it to a wider audience,” says Siegel, who pledges to pursue television distribution partnerships and direct-marketing programs that will welcome black fans and other minority groups to the sport. “We’ll also look at developing new talent.” His latest undertaking: a TV podcast project with DirecTV that provides customers with a real-time, insider’s view of the race-car experience.

Siegel recently announced the formation of the Earnhardt Division that will marry various aspects of the entertainment industry with NASCAR.

Developing, producing, and distributing music, film, and television, and digital content, will be the main goals of the division.

“We are looking forward to offering rich entertainment programming and innovative content,” said Siegel in a statement. “There’s such great synergy there, and it’s our goal to bring the two entities together to enjoy a mutually beneficial relationship while keeping our focus to connect to millions of fans.”
Siegel’s new leadership role at Dale Earnhardt Inc. is symbolic of corporate diversity advancement within NASCAR, an industry generally closed to blacks. Siegel is now regarded as one of the most influential black executives in NASCAR, earning him the 2007 Joseph Papp Racial Harmony Award, an honor given by The Foundation For Ethnic Understanding to recognize corporate leaders for championing diversity.