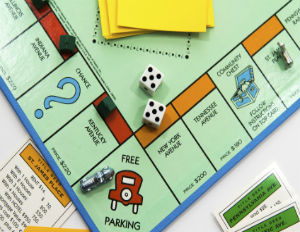 The proposed merger would have posed an unacceptable risk to competition and innovation, especially given the growing importance of high-speed broadband to online video and innovative new services.

And yet today, with the U.S. Department of Justice’s puzzling approval allowing the third largest cable and Internet service provider in the U.S., Charter Communications, to purchase the second largest, Time Warner Cable, Reuters reports:

Chairman Tom Wheeler said he circulated an order seeking approval of the merger with conditions that “will directly benefit consumers by bringing and protecting competition in the video marketplace and increasing broadband deployment.

This makes no sense. First or second largest does not matter. The purchase of Time Warner Cable by Charter Communications is yet another greedy ploy by the cable industry to thwart off as long as possible the inevitable takeover of over-the-Internet content and streaming services that have been steadily chipping away at the cable industry’s obscene revenue.

And it’s we, the customers, who stand to lose the most.

Granted, both the FCC and the Department of Justice are forcing Charter to abide by a set of rules thatÂ are supposed to protect consumers. These rules, for instance, prevent Charter from imposing data caps and issuing usage-based fees.

Additionally, Charter is mandated to provide Internet access to another 2Â million customers within five years.

However, there’s a catch to these rules designed to protect the consumer. Charter only has to follow them for seven years. That means when that time lapses, Charter customers and the former Time Warner Cable customers (which amount to more thanÂ 11 million) are at the mercy of this gluttonous, Frankenstein of a cable conglomerate.

There are so many customers in the U.S who already cannot pick and choose their cable providers. Many residents in poorer neighborhoods rent their apartments, so they are unable to opt for satellite services.

Poorer communities in rural and suburban areas are often overlooked for high-speed cable infrastructure updates that would allow services such as FIOS.

If the FCC allows this merger to happen, it will create even less consumer choice in a market that is already way too monopolized.