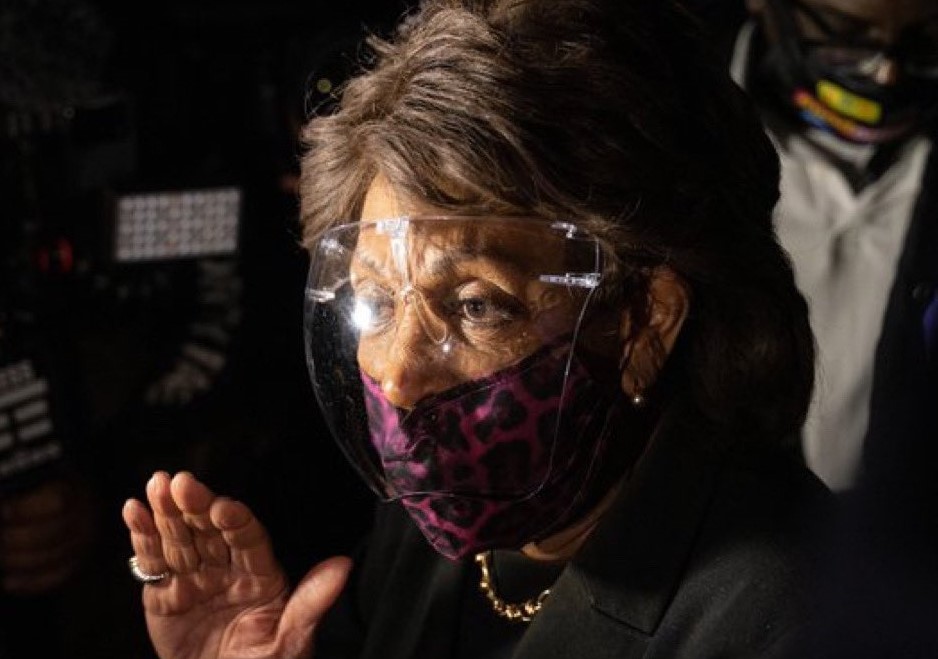 Rep. Maxine Waters (D-CA) remains outspoken. She has been publicly commented about the Derek Chauvin case and other instances of unarmed Black men being fatally shot by law enforcement. Photo Twitter credit- @RealHoeyHimself

Closing arguments in the Derek Chauvin trial wrapped up on Monday. The decision over the former Minneapolis police officer’s fate will now be left to the jury. Rep. Maxine Waters (D-CA) spoke out before closing arguments. Waters drew criticism from Judge Peter A. Cahill and others such as House Republican Minority Leader Kevin McCarthy.

KSTP reported that Eric Nelson, Chauvin’s defense attorney, asked the court for a mistrial citing the extreme attention and coverage the case has received.

“Specifically, he points to the comments reportedly made by California Congresswoman Maxine Waters over the weekend when she joined protesters in Brooklyn Center and called for the protest to escalate if Chauvin is found not guilty,” KSTP reported.

Cahill denied the motion, stating that he does not feel that it has prejudiced the jury, but he did respond sternly.

“This goes back to what I’ve been saying from the beginning. I wish elected officials would stop talking about this case, especially in a manner that is disrespectful to the rule of law, and to the judicial branch and our function,” Cahill said.

Chauvin trial judge Cahill is visibly upset by elected officials like Rep. Maxine Waters (D-CA) sharing their opinions on the Floyd trial, but he believes it's not enough to constitute a mistrial. pic.twitter.com/G5kHpTXpU0

McCarthy also weighed in on the issue while tweeting that Waters is inciting violence in Minneapolis, and she has done it in the past.

“If Speaker Pelosi doesn’t act against this dangerous rhetoric, I will bring action this week,” McCarthy tweeted.

McCarthy was partially referring to Waters’ comments made during Saturday night’s protest in Brooklyn Center. Waters said that they were looking for a guilty verdict in the Chauvin trial about George Floyd’s death, and that ‘we have to fight for justice.’ She also remarked that they should not go away. Waters further stated that protesters should ‘stay on the street,’ and get more active, and get more confrontational, and make sure they know we mean business if the verdict reached is not guilty for murder.

The Grio interviewed Waters and further reported why Waters traveled to Brooklyn Center. She said she “could not rest” after seeing yet another unarmed Black man killed by law enforcement. The Brooklyn Center location was where former police officer Kim Potter fatally shot 20-year-old Daunte Wright. The Grio further added Waters’ response to claims that she was encouraging violence.

In the interview, Waters also said that Republicans will jump on any word or line and try to make it fit their message.

Furthermore, MSN reported that House Speaker Nancy Pelosi does not think that Waters should apologize for comments she made talking about ‘confrontation in the manner of the civil rights movement.’

According to Breitbart News McCarthy said that he is moving to formally censure Waters, over her statements.