Still Profitable, Chipotle Could Be Losing Its 'Cool' Factor 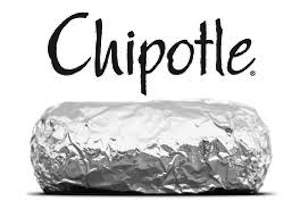 “There has been a fall-off in CMG’s likelihood to recommend score, which we believe may be indicative that CMG may be losing some of its ‘cool factor,” analyst Michael Kelter said, according to StreetInsider.com. “In isolation, we could possibly explain this away in favor of the overall rise in the brand’s score. However, it coincides with a decline in CMG’s conversion amongst the younger age cohorts.”

The brand has also lost its appeal among younger consumers, analysts said. It wasn’t immediately apparent if the shift related to a decline in its brand score back in November;

“Chipotle’s stock price has seen an incredible run over the last four years, going from $50 at the start of 2009 to top $400 last year,” writes MSN Money.

But the stock has since slumped, and has flattened out recently at about $325.

The brand, which has opted to more heavily promote its sustainable food sourcing as opposed to sometimes pricey traditional brand marketing, has launched a catering service to diversify business. But Chipotle also faces competition of Taco Bell’s Cantina Menu, which has been received to rave reviews.