Chris Brown and Rihanna Reunite: Does Love Truly Conquer All? 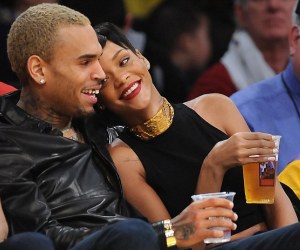 Yes, by now, I’m sure you’ve seen the photos of Chris Brown and Rihanna sitting, happily, together at the Lakers-Knicks Christmas day game yesterday. Some are disgusted, some are happy, most don’t care. It is what it is, but, looking back to several years ago, this skeptic knew this scene would be what it was yesterday. As a matter of fact, I feel if it weren’t for public pressure, they would have been back together sooner.

Now, if you ask people around me who I’ve spoken to about the situation, they will tell you I’ve always stated that they never broke up! Yes, what happened was tragic, ridiculous and should never had happened. What’s even worse is that this is a common occurrence around the world daily. Couples fight, couples get entangled in violent confrontations, yet, because most aren’t celebrities, it doesn’t get reported and in a lot of cases, life goes on.

To some, it’s just a blip in the road on the path to companionship, to others, it’s a deal breaker. Either way, it happens so often, in fact, as I am typing this, another couple is probably exchanging blows. Sadly, it’s a reality and I’m sure there are other celebrity couples who experience it, although we may never know.

Who is to blame?

Maybe society, could be fear or simply, love. I’m sure there are a number of you who are reading this who have been in a fight and didn’t see it as a big thing because deep down, your love for the person is so strong, that you either accept it or you find a way to deal with it and/or make sure it doesn’t happen again. Of course, for some, one hit is all it takes to end a relationship and that’s understandable as well.

A lot of domestic violence groups feel Rihanna is setting a bad example. I disagree. We will never know the circumstances of what and how it happened. Rihanna could have been the abusive one and Chris snapped that particular time. The only ones who knew and know are Chris and Rihanna. I know, I know, a man shouldn’t put his hands on a woman, but why is it ok or not such a big deal when a woman does it to a man? It goes both ways!

What have we learned here?

I would have to say absolutely nothing because I’m sure we all know a couple who went through the exact same thing and stayed together. Evidently, both careers are going strong now and it’s in the past as far as the two of them are concerned, so I think we should all do the same. Let them be! If the two of them are making the decision to flaunt their love in public, I say either keep your mouth shut or be happy for them! Obviously, it’s not going to matter to them.

Does love truly conquer all? Well, let’s see how strong they are in the future and let them be who they are right now, a couple.