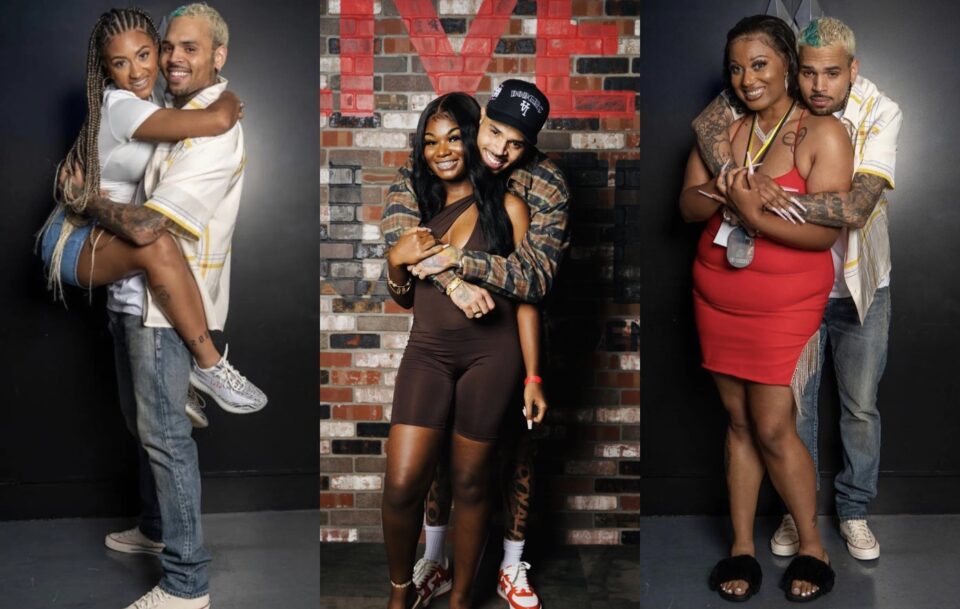 Social media has been buzzing about Chris Brown since Tuesday, after fans began circulating pictures of his VIP meet and greet, many shook about the $1,000 price tag.

The pictures went viral, featuring the R&B singer draped around his female fans in a loving embrace, and one even jumped in his arms and wrapped her legs around him.

The meet and greet images began surfacing July 19, amid the first leg of his One of Them Ones Tour with Lil Baby.

Rumors of the expensive pictures evoked all types of hilarious responses — criticisms for fans willing to pay that much, those living for the pictures, Brown dragged for his controversial past and those praising him for the smart marketing strategy.

THREAD OF PHOTOS FROM CHRIS BROWN'S MEET AND GREET WITH THE FANS. pic.twitter.com/ZEd1Qgt5Ak

Even rapper Yung Blue weighed in, not here for the critiques, calling out the haters that wouldn’t have any life-long memories except paying bills.

“1000$ for a life long memory/moment ain’t bad . Y’all ain’t gone have no memories when y’all get old only thing y’all gone remember is paying bills,” the rapper wrote in response to someone making fun of a male fan posing with Breezy.

“Chris brown would’ve had to escort me out cause For $1000 boy we finna take this picture naked,” joked internet comedian K’Hood.

A user criticizing Black women willing to ignore Brown’s abusive past and alleged colorism commented, “Any dark skin women, any plus size dark skin women taking a picture for $1000 with Chris Brown is the biggest clown of the year. You have a greater chance of being spit on for free or hit for free by this nigga then even looked at.”

“Chris Brown managed to make every girl he took a picture with look like the love of his life lmfao I’m scared of him,” said another.

“Just seen a picture of my BM at the Chris Brown meet and greet. That should be enough for me to get full custody of my kids,” joked another user.

Just seen a picture of my BM at the Chris Brown meet and greet. That should be enough for me to get full custody of my kids

Brown and Baby’s next stop on the tour is tonight in Boston, Massachusetts.