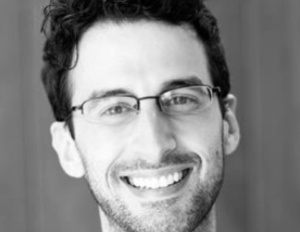 Christopher Carbone used writer Mikki Kendall's photo as an avatar for #RaceSwapExp, and was deluged with hateful responses.

During Suey Park’s #CancelColbert protest, calling for the resignation of Stephen Colbert from Comedy Central after a tweet that purported to be associated with the show was labeled as offensive to the Asian community, writer Christopher Carbone was embarking on a mission. He defended Park, but got minimal negative feedback, while others (blacks and women) were shot down with hostile responses. He also noticed many black users swapping their black avatars for white ones to cut through the noise, dubbed #RaceSwapExp.

To participate in #RaceSwapExp, he used a photo provided by Mikki Kendall, who inspired the idea, and became a black female on Twitter. According to Carbone, the difference between using a white “hipster” male avatar and a black female one was dramatic. Of course, the most prominent difference was the amount of rancor directed at him.

“The level of hateful tweets went from zero to off the charts. With many of these trolls, I would respond once and then block them, or just block them.” But even when he used his regular avatar of himself, people were still attacking him. “Before switching my avatar, I’d been labeled a white hipster and called a faggot. One troll said that I was only defending women of color because I wanted to sleep with them. Because it’s somehow impossible for a man to just respect the humanity of black women?”

For Carbone, the experience was one to build on.

“For me, #RaceSwapExp was eye-opening because it allowed me, for one week, to experience a little bit of what black women and women of color deal with 24/7/365 in all online spaces: endless trolling, racist and misogynistic hate, tactics that silence and derail, demeaning assaults on their humanity.”

RELATED: Are Racism and PTSD Linked?