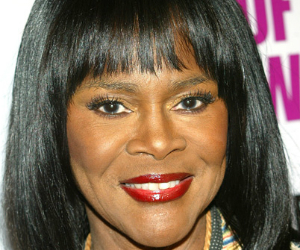 Cicely Tyson is no where close to being done!

After being absent from Broadway for over 30 years, Tyson has received her first Tony Award nomination for “Best Actress in a Play” for her role in Horton Foote’s “The Trip to Bountiful.” The seasoned actress is an Academy Award nominee and three-time Emmy Award-winner.

The play had a total of 4 nominations including Best Featured Actress in a Play by Condola Rashad, Best Revival of a Play and Best Sound Design of a Play. “The Trip to Bountiful,” which was made into a motion picture in 1985, garnered an Academy Award for Geraldine Page.

The 2013 Tony Awards will be broadcast live from Radio City Music Hall on CBS June 9th at 8:00 ET/PT.