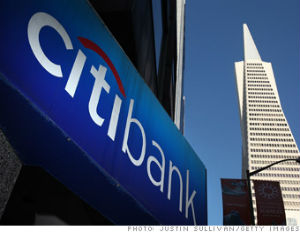 In a drastic cost-cutting measure, Citigroup is making drastic changes to its current workforce by slashing jobs and closing branches worldwide.

The move has already improved the company’s stock in the eyes of investors. Shares rose about 4 percent this morning after the news broke.

The company will reduce its labor force in various divisions across the bank. To start, 1,900 jobs will be eliminated in the institutional clients division, 6,200 positions will leave the bank’s consumer banking division and 2,600 jobs will be removed in the operations and technology group. The bank will also get rid of 86 of its branches worldwide, according to the New York Times.

Citigroup is no stranger to tough times. After the financial meltdown in 2009, it received a $45 billion lifeline from the government to keep itself afloat.

For more on the massive job reductions, head to the New York Times.