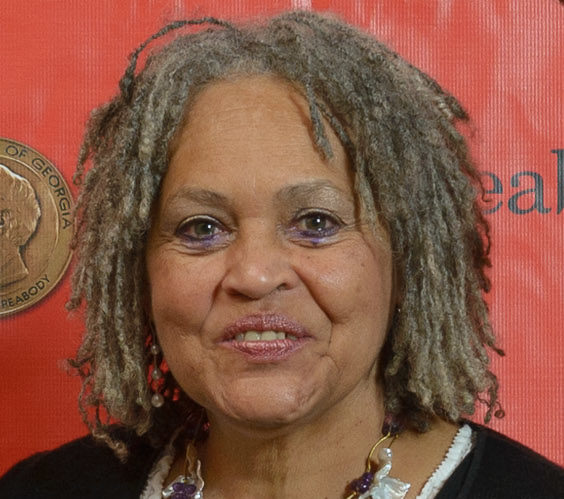 Charlayne Hunter-Gault at the 73rd Peabody awards, circa 2014 (Wikimedia Commons)

When it comes to pioneering women of the Civil Rights Movement, journalist Charlayne Hunter-Gault still stands strong. Black Enterprise’s 2015 Women of Power Summit Legacy Award recipient was chosen in the 1960’s as a test case in the fight to integrate schools. After a court case admitted her and fellow black classmate Hamilton Holmes to the University of Georgia in 1961, she ducked racist rock assaults and tear gas bombs to graduate and become an award-winning journalist known for covering Africa and issues affecting the black community. As a print and television broadcast journalist for everyone from The New Yorker and PBS to NPR and CNN, the Peabody and Emmy award-winning press professional was recently inducted into the National Civil Right Museum with the International Honoree Award for her global progressive work. Documenting her life, Hunter-Gault authored several books including the 1992 memoir In My Place, followed by 2006’s New News of Africa, and 2012’s To the Mountaintop: My Journey Through the Civil Rights Movement.

Black Enterprise: Your days as one of the first black students on the campus of the University of Georgia must leave unforgettable sights. What’s one that stands out most?

Charlayne Hunter-Gault: The third night I was on campus, the students rioted outside my dormitory. At one point they threw rocks, one came through my window. The police deliberately came late. So they set off some tear gas bombs by which time most of the rabble rousers has left. And the dean said I was being suspended “for my safety.â€ which was a rouse they had used successfully at University of Alabama. And I had that history. When I walked out of that building, all the girls lived on the 2nd floor. They put me on the 1st floor in the student government room, despite the order to desegregate. And the girls had been told to change their sheets because the tear gas has wafted into the dormitory. As I was walking out the lobby, they were there in a semi-circle, standing on chairs and sitting in front of each other. And one of them threw out a quarter, and yelled out, ‘Hey Charlayne, go upstairs and change my sheets.’ And I kept walking.

BE: But you weren’t scared.

People were saying ‘Gee, you didn’t know what was out there. Weren’t you afraid?’ And for the first time, I was consciously aware of and able to articulate why I wasn’t afraid. And it went back to a lesson of one of my grandmothers. My grandfather was a preacher. My father’s mother, used to make me learn Bible verses. And I resented it because I wanted to be out playing and being a tomboy. But that night, that lesson I hadn’t thought about in 11 or 12 years came back and it was her favorite verse, the 23rd psalms. ‘Yea, though I walk through the valley of the shadow of death, I will fear no evil…’ I can honestly say I feared no evil. I didn’t know what was out there. I didn’t know where we were going.

BE: What do you think of what’s happening now with the protests around the country?

It’s so important for them to know the history, because they have to know that when they come up against these inequities that still exist, they can do something about it. They don’t have to take it. A whole generation of young black people changed the face of the South as well as America. So that’s why I stress that they should study their history, so these protests they’re having today, however difficult they may be, they can still endure if they just hang in there. They can’t be turned around because of some short term obstacle. When I go to schools today, I ask these young people, ‘You ever heard of MLK or Rosa Parks?’ ‘Yes.’ ‘Well what about…’ And then I start to name some of the younger people, some of the high school students who were involved in the movement. And they never heard of them. Brenda Travis is one. So I think having kids learn their history when you have not a perfect union and when you understand that the founders were really prescient, they knew humans were imperfect, so to create a perfect society with imperfect beings, was not going to happen. So they said, a more perfect union which gives us all a challenge that we have to keep working toward this perfecting the union by continuing to work toward the ideals that are laid out in the Constitution.

BE: What do you think of the state of journalism today?

I think there are challenges just like there are challenges in society. I tweet, but I worry. There’s no editors for tweeters. You can do some damage if you haven’t been responsible. You can do it even when you’re responsible. Look at what happened with Rolling Stone. But the chances are fewer when you have an editor or Standards person. Way back in the ‘90s I was working for the News Hour, but they allowed me to do something once a month called “Rights or Wrongs.â€ And we used to smuggle cameras into zones where the media were prohibited and get them to local people to record their stories. So that’s not a whole lot different from tweeting. We didn’t have anybody to check those things. But we did what we could. So I think we’re in a transitional period, where the news is much more immediate which also leads to more hysteria in the news. But I don’t think the basics of good journalism have changed. Who, what, when, where, and how. And if you dig deeply enough, the ‘why’ are still the fundamentals. And the thing Edward R. Murrow talked about. He said many years ago, this instrument can teach, illuminate inspire, but it can only do so to the extent that human beings are willing to use it to those ends. It’s about serving the public. And I think if there’s one thing I’m seeing more than I would like to, is people who see themselves as being the center of attention as opposed to them being conduits of news that the public can use to enlighten themselves and hopefully work towards a more perfect union.