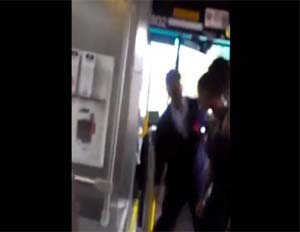 The Cleveland bus driver who uppercutted a young woman has been fired by the Greater Cleveland Regional Transit Authority, according to reports.

Artis Hughes, the driver of the bus, was provoked as seen on the video by the young womanÂ Shi’ Dea Lane. He then uppercutted her and removed her from the bus.

Following the incident, he was suspended without pay and charged with assault. The decision to fire him came down yesterday. Representatives from his union stated that a grievance would be filed.