Rick Santorum Axed By CNN After Comments About Native Americans 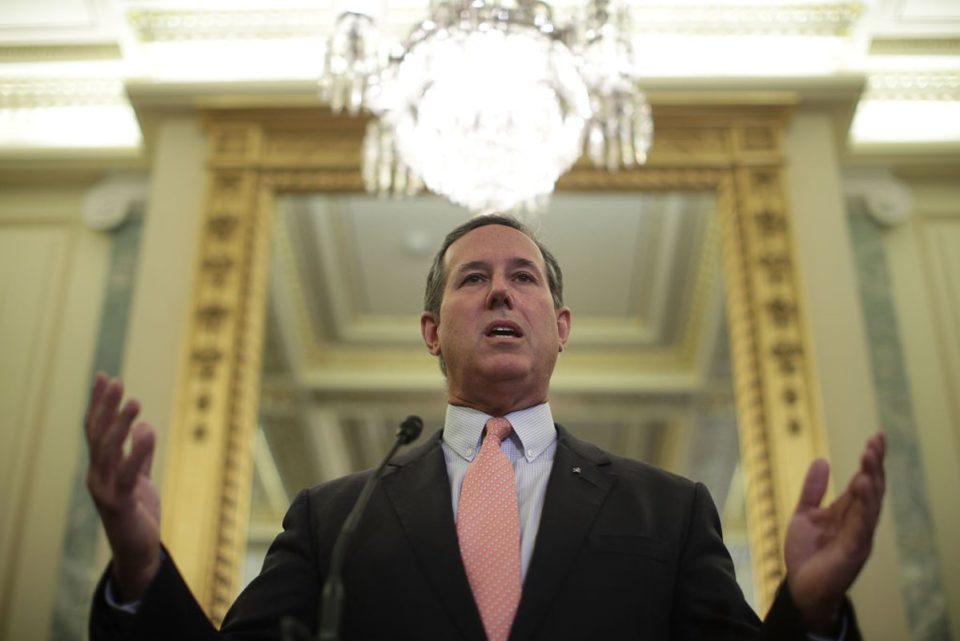 CNN has cut ties with former Republican senator and presidential candidate Rick Santorum after he made disparaging comments about Native Americans.

Alison Rudnick, the vice president of HLN Communications and CNN Diversity and Inclusion, confirmed to Politico Saturday that Santorum is no longer affiliated with the news network.

Santorum, who served as a political commentator typically giving the Republican opinion on topics, said in a speech to the Young America’s Foundation that immigrants created a nation for a blank slate, dismissing the hundreds of Native American cultures before immigrants first arrived.

Santorum’s comment received significant backlash. Fawn Sharp, president of the National Congress of American Indians called Santorum “an unhinged and embarrassing racist who disgraces CNN and any other media company that provides him a platform.”

“I was optimistic he would own it, he would recognize it and he would apologize, but he did none of those things,” Sharp said according to USA Today.

This isn’t the first time Santorum has made controversial comments. In the past he has received backlash for comparing homosexuality to pedophilia and tying Black Americans to public assistance and telling Florida teens fighting for gun control after the Marjory Stoneman High School shooting to learn CPR instead.

“How about kids instead of looking to someone else to solve their problem, do something about maybe taking CPR classes or trying to deal with situations that when there is a violent shooter that you can actually respond to that,” Santorum said as a guest on CNN’s State of the Union.

In a tweet Saturday, the former Pennsylvania senator expressed that he thought he would be providing commentary not typically heard by the typical CNN audience. He also thanked the network for the opportunity.

When I signed on with CNN, I understood I would be providing commentary that is not regularly heard by the typical CNN viewer. I appreciate the opportunity CNN provided me over the past 4 years. I am committed to continuing the fight for our conservative principles and values.