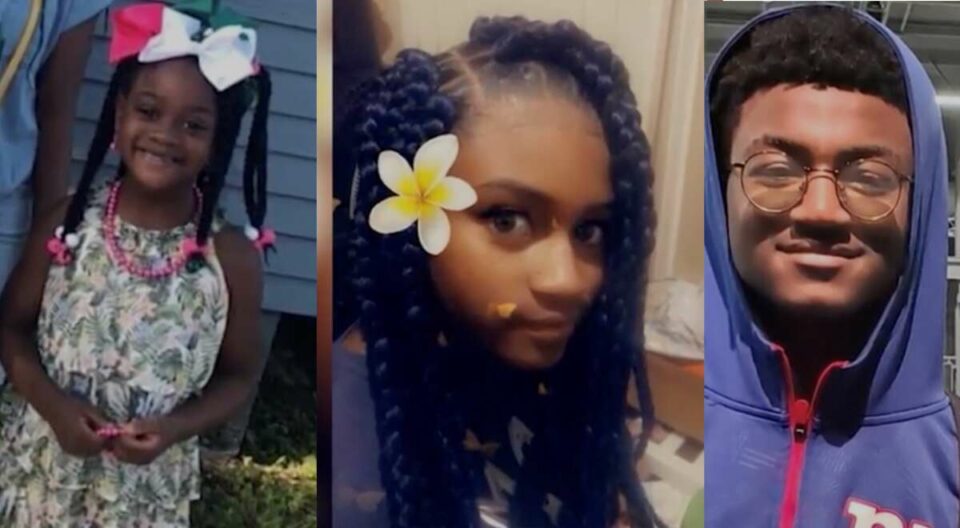 On Sunday, the U.S. Coast Guard confirmed the end of a 24-hour search for three minors who went missing in the Mississippi River.

Ally Wilson, 8; Brandy Wilson, 14; and her 15-year-old boyfriend were last seen playing along the west bank of the Mississippi River in New Orleans’ Algiers neighborhood on Saturday evening, WWLTV reported. Brandy had taken her little sister and 5-year-old brother to the park “to give her mom a break.”

After Brandy fell into the water, her boyfriend and little sister tried to save her. But a rough current pulled the three minors down and they haven’t been seen since, Ally and Brandy’s mother Octavia Wilson, said. The 5-year-old boy ran home to alert Wilson.

“I need my kids. They know I need them,” Wilson said. “My daughter said she was trying to give me a break. I don’t need a break. I need my children.”

Authorities spent the day searching for the children. On Sunday night, the Coast Guard suspended it search.

“Our prayers are with the families during this difficult time.”

The U.S. Coast Guard attempted to send out a dive team to search for the missing children, but the rainy weather made it too difficult. Brandy and Ally’s aunt Shwron Johnson said the family has given up hope of finding the children alive. They now hope to locate the bodies to give them a proper burial.

“I know that they not breathing in that water,” Johnson said.

“I just hope that they could get their bodies back all in one part so we can do the proper things and give them a proper service.,” she added. “That’s the only hope we have.”