What If College in New York Were Free? 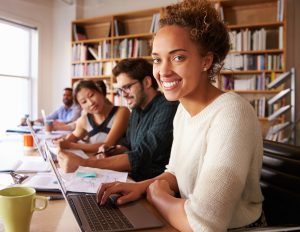 Last week, Gov.Â Andrew M. CuomoÂ of New York announced a plan that would make college tuition essentially free to students in the state attending either a SUNY or CUNY school.

The plan requires legislative approval, but so far both Republicans and Democrats have reportedly expressed some support.

If approved, the plan would allow students whose families earn up to $125,000 a year to attend school without paying for tuition out of pocket. It would not cover costs like books or room and board.

The plan would supplement existing state and federal grant programs–bridging the notorious gap that often emerges after students compare their aid with the cost of attendance. My husband and I covered our children’s gaps, but what about families that can’t afford to do that? Loans often bridge the gap, but sometimes students drop out.

From Low Tuition to None

Even covering the full cost of tuition may not be enough for the lowest income students. According to a report released last spring by the Institute for College Access and Success, low-income students who attend college in California where they pay little or no tuition still struggle because of the cost of books, gas, food, and housing.

Still, I’ll be pleased as punch if the proposal is approved, because my son is still a full-time student and my husband and I are still covering his gaps! We are happy to invest that money in our son’s education but wouldn’t mind investing it in a mutual fund for a change. For other families, the program could make a huge difference.

Is tuition-free the way to go? Let us know in the comments.