Tangible Tips: How to Use Social Media to Advance Your Brand 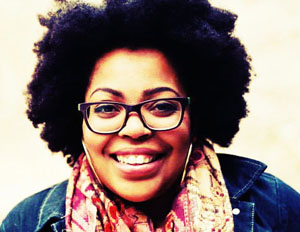 “I told the people who’d been my followers and supporters that if you feel you’ve gotten value from the site and it has spoken to you or transformed you, I would appreciate, if you think we deserve this consideration. Slowly it snowballed and so many people submitted CBC into the running and we were named one of the best websites out there,â€ says Johnson who’s site has now been named twice on Forbes’ list of the top Websites for women. “So it was early validation that I was doing something with this site. Many women whose lives I helped with my writing and my work had to step up and say, ‘Yes, I’ve been touched.’â€

Now, thanks to knowing her power in touching other ladies’ lives, Johnson comes to the Women of Power Summit to encourage women of all ages, to be a social media light that shines andÂ  uplifts all females. “This is the legacy that you are leaving for the next generation. And there is something so incredibly powerful about seeing all of them stepping into their own expertise and celebrate who they are and where they come from,â€ says the 25 year old named by Campbell’s Soup Company as one of the top five innovative female leaders of her generation.

“There are so many my age asking, who are looking to see what will you do and how will you handle this. And if we can see them access that bravery and courage and say, ‘This is who I am,’ then creating a career that authentically reflects, who you are and what you bring to the table is the legacy you will leave with the people who are coming behind you. Because whether you know it or not or officially call yourself a mentor or not, we are watching you. We are watching you to see what you’re going to do and I know you have the courage to show the next generation what they can do as well.â€