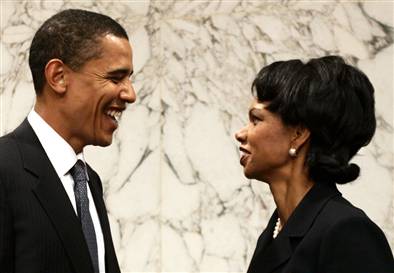 On “CBS This Morning,” Rice said the voice of the United States in world affairs “has been muted” under President Barack Obama, creating a chaotic and dangerous security environment. Rice, who will also speak at the Republican National Convention, exalted Mitt Romney’s foreign policy ability, stating that he would “understand American exceptionalism and would not be afraid to lead from the front.”