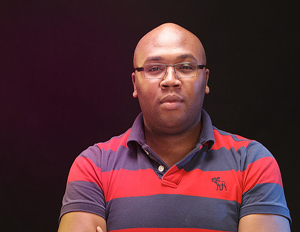 How did you start to build relationships in the Nollywood community?

Entertainment is a relationship business — so as soon as I touched down in Lagos, I put myself in the middle of everything to start on building these relationships.

It’s a close-knit community, so once you meet one person, they introduce to someone else, who links you with a couple more people — your network grows in super-fast time. I got to know people, they got to know me. They liked the company’s mission, to spread the love of Nollywood to a global audience online. They wanted to do business and it went from there.

We’re incredibly proud of our iROKOtv Ambassadors — a who’s who of awesome Nollywood talent. For our iROKOtv+ subscription launch, we had [popular Nollywood actresses]Â Tonto Dikeh andÂ Funke Akindele record promotional videos for us that were super-popular with our fans. We also work with heavyweights such asÂ Jim Iyke and Artus Frank — big, established Nollywood stalwarts who love what we’re doing.

How does your business model translate into revenue and milestones?

As a private company we can’t really disclose revenue at the moment, but I can share some impressive data:Â We reached 560,000 registered users in less than seven months. We have viewers in 178 different countries. Eighty-one percent of our registered users return weekly. We have streamed more than 10Â million hours worth of film. Forty-five percent of our traffic comes from the UK and U.S. We have had more than 13 million visits from over 2.5 million unique visitors.

This is all before Africa comes online. At the moment, we are very much focused on the West.Â We are aggregating the AfricanÂ diaspora.

Our funding story is unlike most others. We were approached by Tiger Global, a US-based Hedge Fund, after they had read about us in a TechCrunch article. They liked what we were doing, saw the huge potential, came over to Lagos and it went from there. We closed on a two-round funding of $8 million in total earlier this year.

What’s your position on Nollywood’s issues with piracy and bootlegging?

We have spent tens of thousands of dollars on fighting pirate sites. Piracy is killing the industry: There is direct economic loss to producers and artists and in turn, producers have no real incentive to re-invest in their product and improve the quality of their output.

IROKO Partners works in partnership with Nollywood film production houses and Nigerian music producers and artists for iROKING, our music platform, to ensure they are remunerated fairly for their creative output. We want them to keep creating awesome, exciting and popular content. By expanding distribution and revenue channels for them they are now, finally, being compensated accordingly for their hard work and personal investment.

What can we expect to see from iROKO Partners in the near future?

We have just launched a subscription model, iROKOtv+, which is massive for us as it’s the next step in how we’re revolutionising Nollywood.Â The company will be putting time and energy into building up the music side of the business, [with iROKING] including growing our artist base, refining our iROKING apps and spreading the love for West African music.

We’re also expanding our team in the U.S.: We recently opened an office in New York, where we have a team of awesome iROKO Partners gurus looking into business development opportunities in North America and theÂ Caribbean.Â The potential is there, we have the team in place, and we are very much ready for action. It’s such an exciting time for us.

Octavia Goredema is founder of relocation resource Crash Course City and the Twenty Ten Club, an award-winning networking organization and online resource designed to connect, inspire and support black female entrepreneurs. Goredema is a Fellow of the Royal Society of Arts, an international network of accomplished individuals in the arts, manufactures and commerce patroned by the Queen Elizabeth II.