Stylist to the Stars Takes Risks for Winning Results 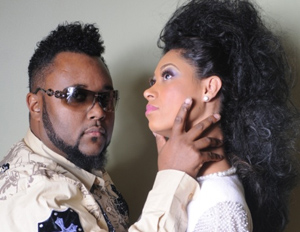 The it Factor: Roger Brasley, better known in the world of hair and makeup as Bad Boy Roy (@badboyroy79), is a celebrity stylist from Columbia, S.C. Brasley has enhanced the manes and faces of a wide range of artists including Queen Latifah and Beyonce.Â  As a resident hair and makeup professional at the annual BET awards and Essence Music Festival, Roger has had the opportunity to connect with mainstream celebrities, widening his reach and strengthening his brand.Â  Known for his southern charm and genuine good heart, Roger has worked with some of the best-known hair stylists, including his mentor Glynn Jackson, creator of the Golden Scissors Awards.Â  “Ever since I was a child, I loved to make things beautiful.Â  I’m just fascinated with beauty.â€Â  Since graduating from high school, Roger was trained at Kenneth Shuler School of Cosmetology and has worked with almost every major hair company.

When Risk Meets Chance: Many of his opportunities came because Brasley was willing to take risks and happened to be in the right place at the right time. One of his first encounters with a celebrity was when singer Amerie needed a stylist at the last minute, and Brasley fearlessly styled the singer for her upcoming event. In 2006, he was scheduled to attend the BET Awards with a local radio personality and somehow ended up backstage—just in time to fix up Beyonce’s hair after her opening performance. That chance opportunity secured his spot as a top stylist at the BET Awards every year since. One of his greatest accomplishments was handling the touch-up hair and makeup for the participants of the Whitney Houston tribute, which included Angela Bassett, Lela Rochon, Cissy Houston, Brandy, Monica, and Chaka Khan. Additionally, his talent secured his spot as a hair and makeup stylist at the Essence Music Festival, working with artists including SWV, Fantasia, and Stephanie Mills.

The Triple Threat: Having studied cosmetology, Roger was always licensed to be a makeup artist but had primarily been a hairstylist. After doing makeup for singer Angie Stone, he realized his makeup skills were just a good as his hair skills and decided to hone his talent as a makeup artist by taking additional training and studying with some of the country’s most popular makeup brands and artists. To add to his one-stop-shopping edge, he also offers wardrobe and fashion styling for his clients, relieving celebrities of having to deal with numerous professionals.

Humility and Giving Back: Brasley also enjoys styling clients at the Dimensional Design Salon in Columbia, S.C. Even after being crowned the first ever Bobbi Boss/IndiRemi “Hair Boss 2012â€ at Bonner Bros., the top stylist threw on his sneakers and helped clean up.Â In the midst of his immense success, Roger hasn’t forgotten his roots.Â  He is a proud graduate of Eau Claire High School in Columbia, and supports the school in any way possible. Also, recently he formed the Sally R. Brasley Foundation, named in honor of his deceased grandmother, which offers college scholarships to deserving students at Eau Claire.

Star Power Moves: Brasley encourages those just starting out to follow their dreams and look to God. He suggests finding good role models, like his cousin Deitre Brasley-Hilton, a local stylist who served as a great inspiration when he first started out. “There would not be a Bad Boy Roy if it were not for her.â€