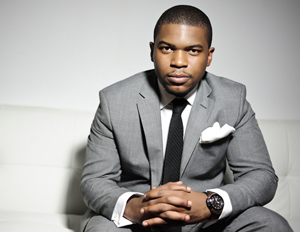 The It Factor: As executive director and president of corporate event planning at Royalty Lifestyle Group, Soloman Nnanna has been part of a global team making major boss moves, working with clients including Arik Airlines, Harvard University and Money Gram. Since its inception in 2007—and official launching in 2009—Nnanna has played a key role in the New York-based company’s expansion, offering multicultural and social media marketing, concierge, and entertainment services to international clients, on the fast track to locations in Africa and Europe in 2013.

The Process: Like any great venture idea, Royalty Lifestyle was sparked by a void that needed to be filled. “A group of friends and I were in search of an upscale international party that paid homage to our African heritage here in New York City. When we did not find one, I decided to put one together. And that’s how Royalty Lifestyle was born,” says Nnanna, a native of Lagos, Nigeria. Initially founded as an entertainment company, he and his partners decided to go beyond just doing events. “At first it was called Royalty Entertainment, but the lifestyle aspect was added after a chance encounter with one of my friends, where she asked about the future of the company. I told her I wanted it to represent not just the events we went to, but the clothes we wore, people we associated with … our entire lifestyle.”

Expanding a Niche: With young people of African descent accounting for billions of dollars in U.S. spending, the opportunity to market to the young elite was one that couldn’t be ignored. “The private events we were hosting attracted a very eclectic mix of 20-somethings, an elusive, much sought-after age group, and as such we were approached by other companies looking to reach out,” Nnanna says. “With our background in branding and creative development, we were able to offer a full array of marketing solutions in addition to access to the niche following we had garnered.”

Cultural Ties: Nnanna adds that African culture plays a major role in his work and that of the company because “it’s our experiences that shape the direction of the brand.” Having lived and traveled in parts of Europe and Africa, and getting to experience culturally diverse New York City over the past decade has helped provide an understanding of clientele and what suits them. “Our culture has also played directly into some of the clients that we have like Money Gram or Arik Air, as well as some of the events we curate. For example, The Royalty Lifestyle special events team manages the annual Passport to Nigeria Event Series held in New York. Passport to Nigeria, a weeklong celebration of culture, cuisine & entertainment that attracted more than 1000 attendees this year and is the first of the Passport series that seeks to introduce the rest of the world to ‘Brand Africa,’ one country at a time.”

Billionaire Boss Moves, Winning Advice: Nnanna counts entrepreneurs Richard Branson and Reid Hoffman as leaders to gain inspiration from. “I particularly admire the fact that they all had massive failures before they were able develop successful ideas that went on to become household names,” he says. “On the African continent, people like [Nigerian businessman] Aliko Dangote and [Forbes list billionaire] Micheal Adenuga have proved that in a volatile environment, one can build a very sustainable brand.”

All in all, Nnanna credits his father with giving him wise advice he’s applied in helping push his career and business success: “Relationships are like cars. You service them often and take good care of them, and they’ll be around for a long time.”

Check out further tips and advice on events and marketing entrepreneurship in Small Business.