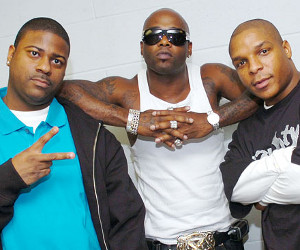 Not much has been heard from Naughty by Nature since the early 90’s but their label was recently served a lawsuit regarding their 1991 hit, “Uptown Anthem.” The track was originally release on the soundtrack for the movie “Juice.”

The lawsuit stems from the track “Uptown Anthem,â€ which was released in 1991 by Naughty By Nature. A sample included in the track was never officially cleared and 21 years later, Sugarhill Music is demanding restitution.