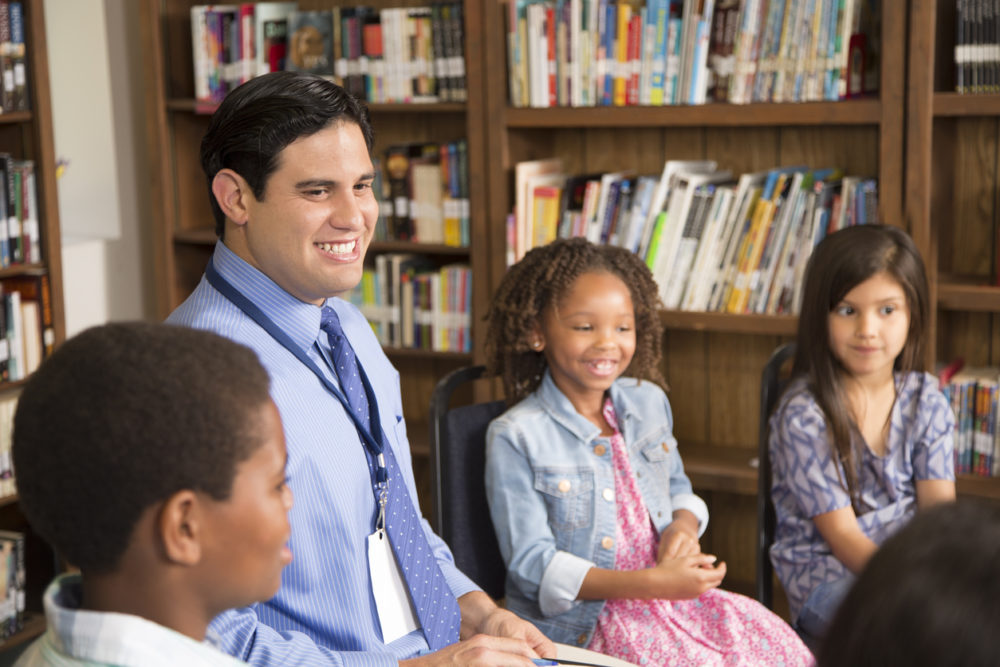 The tragic shooting in Parkland, Florida, has gripped the nation’s attention and elicited conversations about gun control, mental health, and, of course, gun rights.

But I am hoping and praying that in six to 10 years we won’t be reading about another school tragedy, one that sadly has already begun to unfold.

A couple of weeks ago, I wrote about an out-of-control 8-year-old in my sister’s class. This child is being abused at home and, although my sister has called Child Protective Services, he is still in the home.

Floyd continues to terrorize my sister’s class of 7- and 8-year-olds. Not only that, but the unthinkable has happened. The day after he threw a chair at her, my sister’s classroom aide died of a heart attack.

I don’t want to suggest that this child killed the aide, who was grappling with several stressors in her life. But he was definitely one of them.

Policing Is Not the Answer

Floyd, unlike the vast majority of school gunmen, is black and poor. But no matter where school shootings take place—(Have you seen even one black boy or girl among the Marjory Stoneman Douglas High School students?)—students of color attending segregated schools, like the one near Silicon Valley where my sister teaches, suffer the consequences in ways that white students attending privileged schools do not.

That point is eloquently brought out in an opinion piece on the Hechinger Report website, “Listen to our children, take away the guns, then counsel troubled youth instead of policing them.”

Despite the unwieldy title, this post is a must-read.

“…regardless of the location or circumstances of school-based shootings, resources for police and security become prioritized for schools in low-income communities of color,” write Kesi Foster, an organizer with Make the Road New York; and Onyx Walker, an organizer with Future of Tomorrow.

They cite a damning statistic that I first heard uttered by John King, president and CEO of the Education Trust, that 1.6 million students in the U.S. attend schools that have school resource officers, aka law enforcement, but no school counselor. This is criminal.

The Answer Is Mental Health Supports

The article cites practices that could help not only severely disturbed and abused children like Floyd, but even so-called normal kids. The fact is, all kids need social-emotional support because all of them have experienced trauma, says Jay Levin, president and executive director of the Big EQ Campaign, an effort to drive schools toward adopting SEL training for teachers and students of all ages.

Foster and Walker say these are the approaches that work for all kids: “comprehensive social-emotional and mental health supports, restorative justice, and trauma-informed care.”

Trauma-informed care is what Floyd needs, not a school resource officer. But when he’s 14, unless he’s changed, having law enforcement in his school building is going to send him straight into the criminal justice system, when what he needs is help.

I asked my sister if she could do anything to calm this little boy down. Surprisingly, she said yes.

“I can work with him one-on-one while the other children are out of the room,” she told me. I’m not a special ed teacher, but it sounds to me as if he needs a one-on-one aide, plus all the therapies and supports that rich kids get.

“When people believe policing is a solution for the intentional lack of investment in social resources, it harms [students in marginalized communities] the most,” write Foster and Walker.