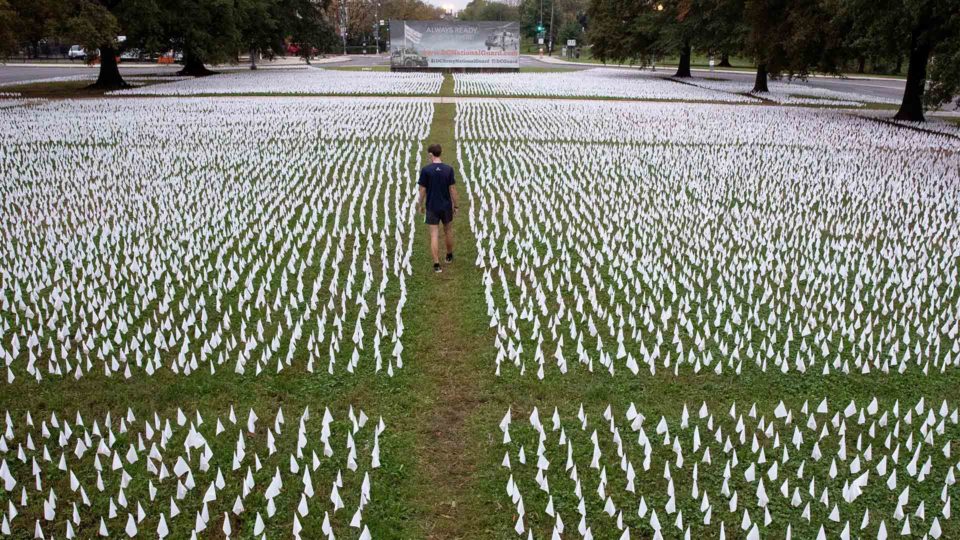 Reported deaths from COVID-19 passed 675,000 Monday and the trend is going upward at a rate of almost 2,000 deaths per day. The actual number of COVID-19 deaths is significantly higher considering some deaths have been blamed on other factors and previous medical conditions.

When the pandemic was first acknowledged by former President Donald Trump, he estimated between 200,000 would die. According to the Centers For Disease Control and Prevention, the 1918 Spanish flu came in three waves between the spring of 1918 and the spring of 1919 and killed 675,000 Americans.

“I think we are now pretty well done with historical comparisons,” Dr. Howard Markel, a physician and medical historian at the University of Michigan, told CNBC.

Globally, COVID-19 has nothing on the Spanish flu, which killed an estimated 20-50 million people, according to the World Health Organization, due to the fact there were no vaccines, antibiotics, IV fluids, intensive care units or ventilators.

The United States is worse off now than it was a year ago due to the large portion of Americans who are still unvaccinated. Like the Spanish flu, the coronavirus may never entirely disappear. Instead scientists believe the virus will become a seasonal bug as human immunity strengthens through vaccines and repeated infection.

“We hope it will be like getting a cold, but there’s no guarantee,” Emory University biologist Rustom Antia told the Associated Press. Antia added that it may take a few years to reach that point.

For now, COVID-19 will be a daily part of our lives as cases and deaths continue to rise, schools across the country schools move between in-person training and virtual learning, and people continue to protest mask and vaccine mandates