Credit Cards: No Interest, No Problem? 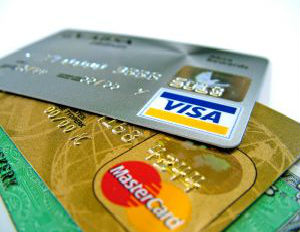 As the economy shows small signs of improvement and consumer confidence wakes from a restless slumber, credit card issuers are beginning to take notice and take action. While access to credit has tightened during the past few years of the recession, credit lenders are beginning to loosen the reins starting with the re-introduction of no-interest credit cards in hopes that consumers will feel comfortable enough to acquire and spend.

The difference this time around is that credit companies are extending the no-interest period, at one time as short as one-month. That period is now up to nearly 18 months, thanks in part to the Credit Card Accountability, Responsibility and Disclosure Act of 2009, which requires card issuers to have teaser rates exist for at least six-months. After the teaser interest rate period is over, interest rates will shoot up to anywhere between a low 9.99 percent to a staggering 25.99 percent.

Consumers should act now if the offer sounds appealing, according to Roy Perrsson, director of competitive tracking services at Ipsos, a research think-tank.

“It’s not going to get better than this,” Persson said in a report on bankrate.com. “Once the economy gets better and consumers start spending more, the credit card offer is going to get stingier.”