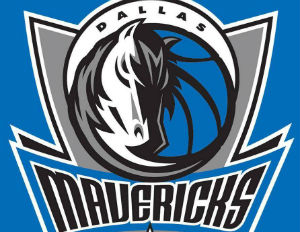 Hired in 1997 by former team owner Ross Perot Jr., Ussery oversaw team operations for 18 years, and enjoyed a great deal of success and recognition as one of the premier presidents in the league. Per a report from Dallas News, Â some of Ussery accomplishments during his tenure include:

Ussery’s resignation goes into effect August 30th, at which point COO and former Mavericks CFO Floyd Jahner will take on the CEO role. It’s reported by the Baltimore Business Journal that Ussery, who before joining the Mavericks was president of Nike Sports Management, will begin at Under Armour on September 14th.

Current Mavericks owner Mark Cuban, who bought the team from Ross Perot Jr. in 2000 for $285 million, said of Ussery’s contribution to the franchise, “Terdema has been an amazing force behind the success of the Mavs for all these years, we will miss him but are excited for him in his next adventureâ€.

Speaking about his departure, Ussery thanked the Perot Jr. and Cuban, as well as his staff and the teams fans, saying –

“It’s been an extraordinary honor to have sat in the CEO’s chair for the past 18 years. I want to thank Ross Perot Jr. for the opportunity to come to Dallas and especially thank Mark Cuban, who invited me to stay. Working alongside him these past 15 years has been nothing short of amazing… I know the fans agree with me that we are extremely lucky to have him as the owner and steward of our Dallas Mavericks. Finally, I want to express my gratitude to the fans, our sponsors and most importantly, the incredible staff I’ve had the privilege of working with in Dallas.”