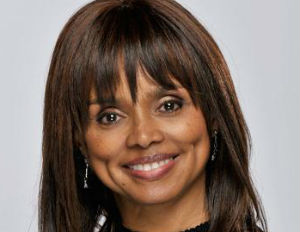 “I’ve traded fear for fearlessness. I no longer look outside myself for someone else to make me feel safe, worthy, or to validate me. Going full circle through my journey and getting to the point where I realized, I was just getting too old to keep accepting BS… from myself.Â  LOL. But oh so true.â€ –Debbie Morgan, actress and author of The Monkey on My Back.

Best known for her 30 year tenure in the role as Dr. Angie Hubbard on the ABC soap opera “All My Childrenâ€, Debbie Morgan has spent most her life acting–not just as we know her, but as she knows herself.

Now, releasing her first book this May, a heartfelt memoir titled, “The Monkey on My Back,â€ where Morgan uncovers exactly who she is and, explains how she escaped a vicious cycle of pain to find self-confidence, happiness, and success.

Early on in her family history Morgan says an ugly pattern of abuse developed into fear, insecurity, self-doubt, and emotional trauma, which passed down from one generation to the next. From her maternal grandmother, who was beaten by her husband as they struggled through the Great Depression, to Morgan’s mother, who became pregnant as a young teen and suffered the same abuse.

Finally, there’s Morgan, who internalized the physical abuse she watched her mother endure, a deep-rooted fear plagued all three generations of women.

It wasn’t until she’d gone through therapy, embraced moments of introspective self-reflection, and penned this memoir, that Morgan began to break the cycle of pain and allow herself to experience uncharted joy.

BlackEnterprise.com spoke with Debbie Morgan to talk lessons learned, the art of fearlessness and how she defines her newly found happiness.

BlackEnterprise: What prompted you to share your story with the world?

Morgan: Because I needed to be liberated, and I could not do that holding onto the deep pain, fear and hurt buried inside of me. It needed to be released. I also felt my story could and would inspire others.

What did you discover about yourself writing this memoir?

So much of my life was lived in fear. However, through penning my memoir I actually discovered I was fearless.

How have the bouts with generational abuse affected you and the woman that you’ve become?

I came to realize that continuing to parallel the lives of both my grandmother and my mother had only kept me stuck. I had to begin to peel back those layers and take responsibility and accept the choices in life that I’d made. This journey awakened my own power and created the woman I am today.

What is your advice to other women facing a lack of self-confidence, or dealing with abuse?

My rebirth first began with therapy. Because of my learned behavior from what I’d experienced as a child and carried on through much of my adulthood, I didn’t have the tools to even know where to begin in gaining self-confidence or dealing with abusive relationships. I cannot express loudly enough how much therapy helped me.

My advice to women would be to seek out some form of therapy/counseling to get them on the path of positive change.

How would you define your new-found happiness?

Tears, pain, and fear are a distant memory. Love, peace, excitement, and gut wrenching laughter are bountiful, and most often present.

What do you want readers to gain from reading your story?

The journey may be long and arduous because most journeys are, but with determination, setting goals, and maybe Â getting to a point where you are just so doggone drained and tired of being abused, you can alter your life in the most abundant way. Also, understanding how therapy can prove to be a huge milestone in moving forward.