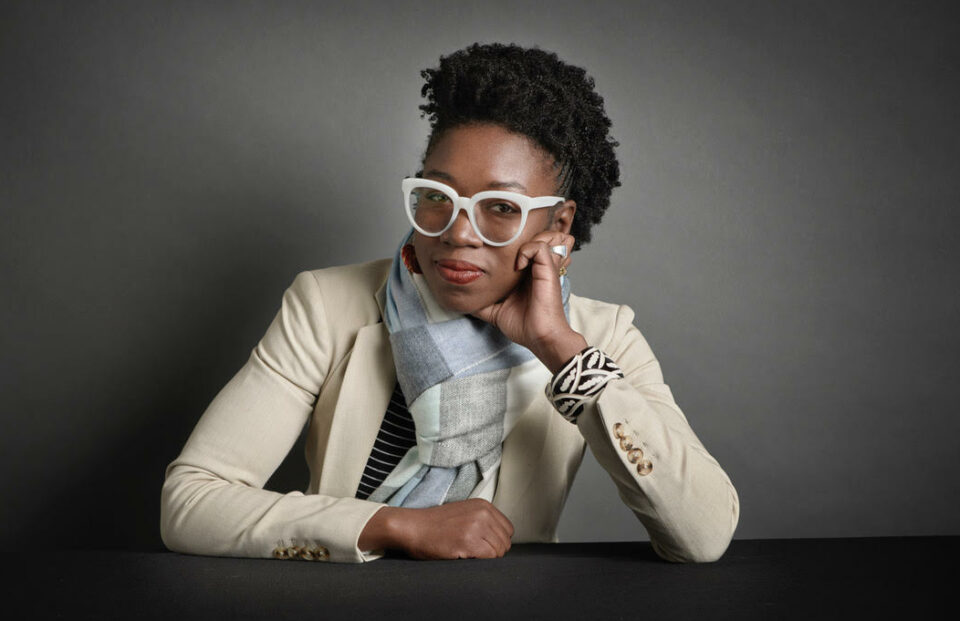 Joy Buolamwini, the founder of the Algorithmic Justice League, is launching a campaign alongside Olay to decode beauty bias and increase the number of women of color in STEM. The partners launched the #decodethebias campaign during this week’s National Coding Week.

The initiative comes after Buolamwini—a dark-skinned Black woman once teased about her complexion—discovered that racism, sexism, ageism, and other forms of bias are also perpetuated through computer programming.

Bias in tech can show up in a number of ways, she explained, including mortgage approval algorithms, which are more likely to deny applicants of color than white applicants with similar backgrounds.

“Many studies show how algorithmic systems have a gender bias in the kinds of ads that are shown,” Buolamwini told BLACK ENTERPRISE.

“For example, women in some instances are less likely to be shown ads for high-paying executive positions than men. And beyond racism and sexism, studies also show how these systems can propagate ableism, ageism, and more. Think of an -ism, and it is probably being encoded into some form of tech. But we have the power to decode the system and change harmful patterns.”

“We also see this in the beauty filters on popular social media apps. The data skews toward lightening skin and slimming the nose—features it has identified as ‘more beautiful’ by Eurocentric standards,” Buolamwini explained.

Buolamwini says this is happening because of a lack of diversity in computer science, as is the case for many STEM fields.

“The leaders and coders creating our digital world are building machines that reflect themselves,” she said.

The tech founder said anyone with a face can get involved in the movement to remove bias from code. She encourages everyday people interested in fighting back to watch Netflix’s “Coded Bias,” a documentary that investigates bias in algorithms after she discovered bias in facial recognition technology.

Buolamwini also encourages users to get involved in the campaign online by using the hashtag #DecodetheBias. Olay is sending 1,000 girls of color to coding camp with Black Girls CODE. The company’s ultimate goal is to double the number of women in STEM careers and triple the number of women of color in STEM.

“I really commend Olay for holding up the mirror to an industry that they’re a part of, raising the issue, and then taking actions to be part of the solution. Olay really led by example by auditing their AI platform, the Olay Skin Advisor, for potential bias and is already taking action to address skin type and age bias with consented data that is more inclusive.”