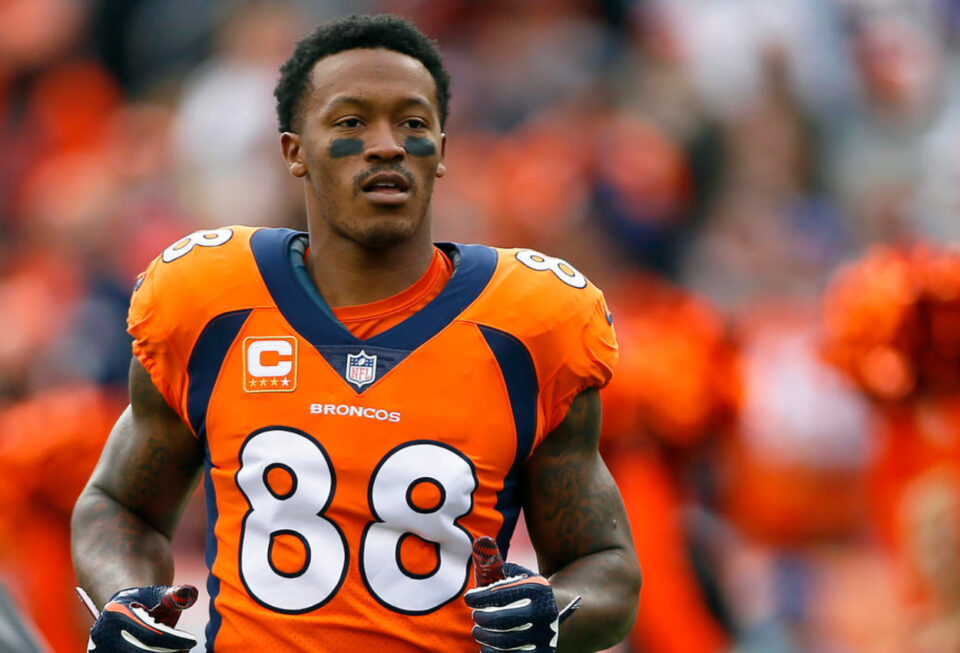 NFL player Demaryius Thomas was found dead in his home late last year in Georgia. The player’s family recently released information that he had stage two CTE (chronic traumatic encephalopathy), which affects the brain and has been discovered in several athletes who had taken many blows to their heads throughout their careers.

According to a statement put out by the Concussion Legacy Foundation (CLF), with permission from Thomas’s family, the former Denver Broncos wide receiver’s brain was diagnosed with stage two (of four) chronic traumatic encephalopathy (CTE). Boston University’s CTE Center researchers performed the brain study through the CLF.

Thomas died in December 2021 at the age of 33. The study raised awareness of CTE and encouraged the football community to support research.

We thank the family of Demaryius Thomas for their bravery and willingness to share their story during this difficult time. #CTE https://t.co/rZfoiP8hCx pic.twitter.com/IooraNJkmZ

“Once I became aware of CTE and began to familiarize myself with the symptoms, I noticed that Demaryius was isolating himself, and I saw other changes in him,” said Katina Smith, Demaryius’ mother, in a written statement.

“He was just so young, and it was horrible to see him struggle. His father and I hope all families learn the risks of playing football. We don’t want other parents to have to lose their children like we did.”

According to The Associated Press, Thomas was discovered dead in his Atlanta home in December.

“Preliminary information is that his death stems from a medical issue, and our investigators currently have no reason to believe otherwise,” said Officer Tim Lupo, public information officer for the police department in Roswell, Georgia, in a written statement at the time of his death.

As a Denver Broncos player, Thomas was a major force for the team, winning five AFC West titles, two AFC Championships, and a victory in the Super Bowl in 2016. He last played in the NFL in 2019, playing 11 games for the New York Jets. He officially retired from football last year.