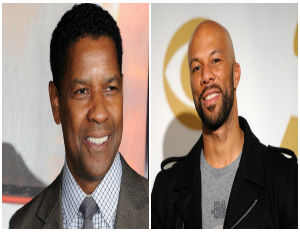 The 2015 graduation season is quickly approaching and A-list celebrities and influencers, such as Denzel Washington and Common, are already being locked down to deliver commencement speeches in May.

Winston-Salem State University in North Carolina announced that award-winning recording artist and actor Common will speak at their commencement ceremony on Friday, May 15th.

“We are extremely fortunate to have Common as our commencement speaker considering his recent accomplishments, both as a musician and an actor,” Chancellor Elwood L. Robinson said in a statement on the school’s Website. “While he has been performing for more than 20 years, he certainly has hit another level in his career. More importantly, he continues to strive to inspire young people to take advantage of all the opportunities they are presented and to work diligently to fulfill their individual potential.”

In addition to WSSU tapping Common as this year’s commencement speaker, Dillard University in New Orleans has announced that Academy Award-winning actor and philanthropist Denzel Washington will speak at their ceremony on Saturday, May 9th.

“We are excited to have Denzel Washington as our 2015 commencement speaker,” President Walter M. Kimbrough said in a statement. “He has been a supporter of our Theater Program, which happens to be the oldest Historically Black College and University (HBCU) theater program in the country (now in its 79th season), for the past 10 years. Several Denzel Washington Scholars are candidate’s in this year’s graduating class and they will be ecstatic about having him as our speaker.”