The Education Department Is Investigating States For Mask Mandate Bans 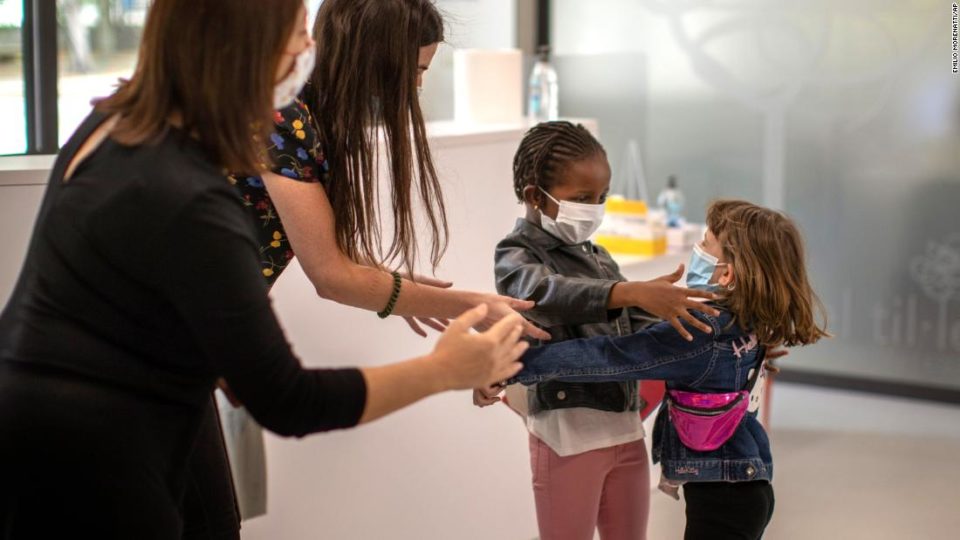 The DoE’s Office of Civil Rights sent letters to school officials in Iowa, Oklahoma, South Carolina, Tennessee, and Utah notifying them of the investigations into whether the policies against mask mandates prevent students with disabilities from “safely returning to in-person education, in violation of Federal law.”

Florida, Texas, Arkansas, and Arizona have similar bans against mask mandates, but they’re not being investigated because “those states’ bans on universal indoor masking are not currently being enforced as a result of court orders or other state actions,” the agency said in a statement.

The investigations will explore each state’s compliance with section 504 of the Rehabilitation Act of 1973, which protects students with disabilities from being discriminated against based on their disability. They’ll also investigate whether the mask mandate bans violate Title II of the Americans with Disabilities Act of 1990, which prohibits disability discrimination by public agencies including public school systems.

“The Department has heard from parents from across the country–particularly parents of students with disabilities and with underlying medical conditions–about how state bans on universal indoor masking are putting their children at risk and preventing them from accessing in-person learning equally,” U.S. Secretary of Education Miguel Cardona said. “It’s simply unacceptable that state leaders are putting politics over the health and education of the students they took an oath to serve. The Department will fight to protect every student’s right to access in-person learning safely and the rights of local educators to put in place policies that allow all students to return to the classroom full-time in-person safely this fall.”

Students across the country were forced into virtual learning last year due to the coronavirus pandemic. The situation left millions of students, many of whom were already behind, even further behind. This year schools are getting ready for a return to in-person learning but with the Delta Variant leading to a rise in cases and deaths across the country, no one knows how long it will last.