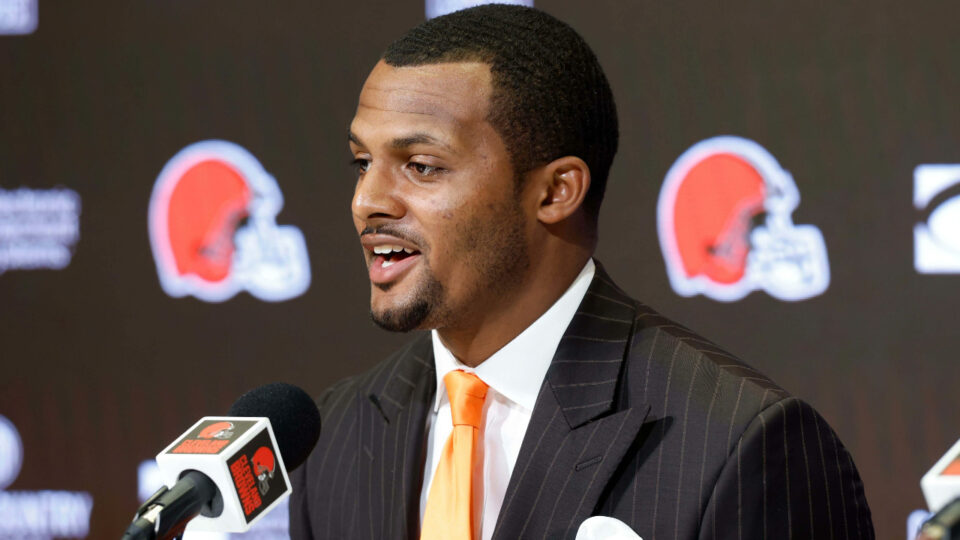 NFL commissioner Roger Goodell says that though quarterback DeShaun Watson has avoided two separate criminal trials for sexual misconduct, he could still be suspended by the league.

Watson missed the entirety of the 2021-2022 NFL season due to allegations of sexual misconduct from 22 women. Nearly two weeks after a grand jury refused to indict him, a second grand jury also declined to indict the newly signed Cleveland Browns player.

Although he is cleared of the criminal charges, Watson faces 22 civil lawsuits from several accusers. The NFL is still investigating the matter and will likely suspend him based on the information acquired.

According to NFL.com, at the conclusion of the NFL’s annual meeting on Tuesday, Goodell spoke about Watson to the media. The commissioner said there is currently no timeline on the league discipling Watson, who is still be investigated by the NFL’s investigators on whether he violated the league’s personal-conduct policy.

“That determination will be made by a joint disciplinary officer that was established by the NFLPA and the NFL,” Goodell said. “She will make that decision when the facts are all in, and we’ll see. There’s no time frame on that.”

Earlier this month, Watson agreed to waive his no-trade clause with the Houston Texans in order to receive a five-year, fully guaranteed $230 million contract from the Cleveland Browns, a move that was widely criticized by fans and media. The Browns were the only suitor.