'The Boss' Diana Ross Celebrates Her Blessings For Christmas with Her Kids, Grandkids 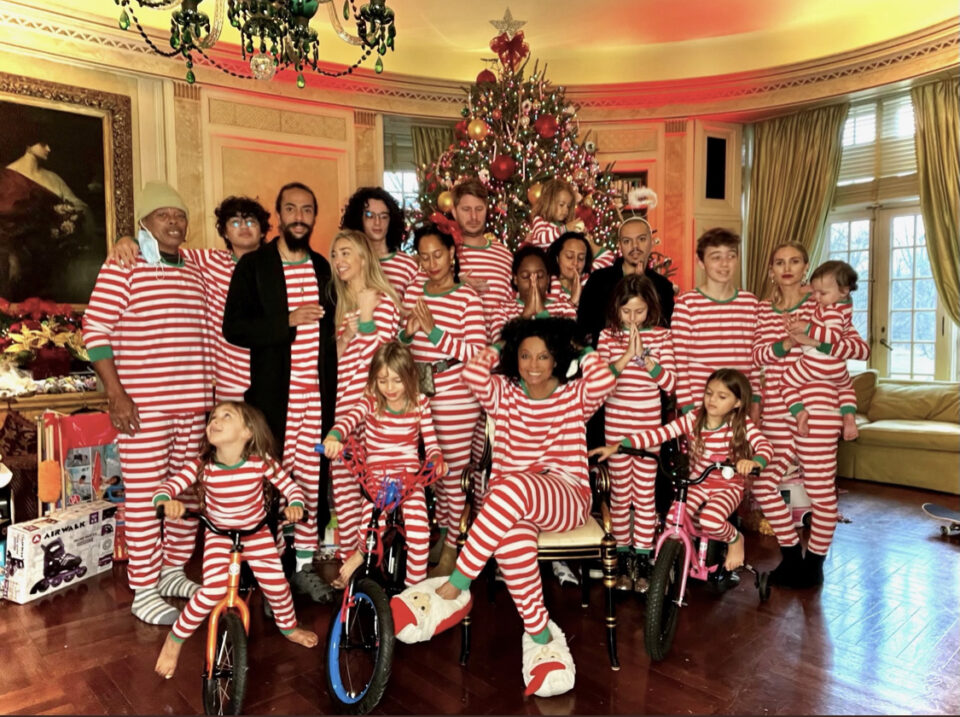 “So so many blessings,” wrote legendary music icon Diana Ross alongside a Christmas family photo she recently posted to Twitter.

This Christmas, the 77-year-old star was accompanied by four of her kids—Tracee Ellis Ross, Evan Ross, Chudney Ross, and Ross Naess—their respective spouses, including Ashlee Simpson Ross, as well as several of her grandchildren for a holiday celebration. They all posed in matching striped onesies by an adorned Christmas tree, while some members appeared to be praying.

Diana was all smiles and excited. In the post, she added, “sending Love to our Global family, do you best to stay safe. I love you wonderful Christmas time.”

So so many blessings , sending Love to our Global family , do you best to stay safe I love you ❤️wonderful Christmas time pic.twitter.com/uamkHE2KMb

Her kids all reposted the picture on their respective Instagram accounts. Black-ish star Tracee also shared additional photos, including a photo of Chudney wearing a reindeer headband, Tracee rocking a giant red bow on her head, and her nieces in matching red gingham dresses. “MERRY MERRY,” she wrote.
Ashlee Simpson Ross, who married Evan in 2014, later posted several photos from the festive weekend featuring their children Ziggy and Jagger and her son Bronx — whom she shares with ex Pete Wentz.
Diana’s eldest daughter Rhonda didn’t attend the family gathering, but she reposted the same photo on her Instagram, writing, “Happy Holidays, Family!”

According to PEOPLE, the Ross’ holiday gathering followed the release of the music legend’s latest album, Thank You, featuring 13 songs she recorded from her home that “offers a powerful, inclusive musical message of love and togetherness,” as stated in a press release statement.

The Grammy Award-winning artist co-wrote and collaborated on the album alongside songwriters and producers, including Jack Antonoff, Troy Miller, Spike Stent, Tayla Parx, and Fred White.

“This collection of songs is my gift to you with appreciation and love. I am eternally grateful that I had the opportunity to record this glorious music at this time,” Diana shared in the release. “I dedicate this songbook of love to all of you, the listeners. As you hear my voice you hear my heart.”