Dimension U Introduces Video Games As An Educational Tool 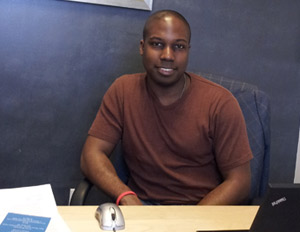 How important is STEM education for the next generation in general?

[It is] absolutely critical. The world is moving more and more towards service-oriented societies grounded in technology.Â Mathematics, science and a basic understanding of technology will be critical to function in higher paying jobs in future.

What are your thoughts on the importance of getting children of color in the conversation of Dimension U?

I think this is important.Â A well-known study showed that African American children play videogames about 50% more than White children.Â Hispanics played approximately 70% more than White children did. If that’s the case then we have a ready-made mechanism for engaging with children of color in videogames.Â  So perhaps educational videogames can be used to engage students into a deeper relationship with education.Â We think it’s imperative to get great education solutions into the hands of every kid.Â That’s why our basic game system is free.Â Our kids and schools in urban areas can access the games at any time, free of charge.

What are the specifics of the DU the Math tournament this summer?

DU the Math,Â which is a partnership between Dimension U and Lady Gaga’s business manager, Troy Carter, is a tournament that ends on June 16th we call the web 2.0 version of the national spelling bee but for math, so you get the software free of charge and you jump in and play. Our goal is for kids to do 50 million minutes of math. We want students and their schools to become engaged with mathematics. The grand prize is a concert with [recording artists] Mindless Behavior and Grace of Chance for the school that plays the most minutes. The winning school will also host the U games finals, which is a blast, so in between the games played the acts will perform. The idea is to get them in the suspense to get excited for math.

What advice do you have for future young entrepreneurs in the tech industry?

Here is my first piece of advice, and part of it is a clichÃ©: follow your passion but first identify your passion. Many people do not think about what they really love, what wakes them up and motivates them. Now when they do find out, and then say, Well, I can’t make money out of it. For example, someone who loves to travel might think they can’t make money off that. This is actually not true there are actual components that that person can uncover to discover how it all can unfold. So by identifying what gets you excited based off, “I love to travel to new places to meet new people,â€ then that might tell you that person should be in public relations. So really do start with your passion and think deeply, because I can tell you everything I’ve been through, the ups the downs, if you do not have that core then things will become difficult.

The second piece of advice, I spoke at the Black men’s forum at Harvard, there were some students there from the community and there was this one high school student that was great and she asked me, “When should I start? I know that I want to go to college but I have ideas now.â€ My professor did a study on entrepreneurs and actually looked at who was successful with their businesses and went back to find that one variable was consistent. The variable that he found was actually, the thing that determined you actual success as an entrepreneur, was the number of times you started a business. It is like everything else is practice.

For me I call this my second generation of my company because, the first was Tabula Digital. It is never too late to start thinking and creating. Why Diddy was successful by the time he was 29 years old was because he started at the age of 17. Start early and base it on something that means something to you and the last component is bring people around you that are positive. I recommend the book is Think and Grow Rich by Napoleon Hill. There is another version re-written by Dennis Kembro as Think and Grow Rich: A Black Choice. I read the original, and it explains the mastermind alliance, which is about the people who you bring in that are dedicated to your success and you are to theirs. Get rid of the negatives and build a network of people who are out there speaking for you, selling for you and getting your word out. When you achieve this–even if you do not know math–you will soon need an accountant.