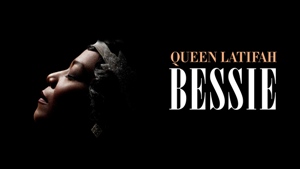 Bessie writer/director Dee Rees scored both Outstanding Directing and Outstanding Writing nominations. The film stars Queen Latifah as Smith, and Mo’Nique as her mentor Ma Rainey; both were Emmy-nominated for their performances. Unfortunately, the 45-year-old Latifah didn’t take home the trophy for Outstanding Lead Actress in a Limited Series.

Bessie chronicles the life of Smith from her rise to fame to the expression of her sexuality. The HBO biopic was over 20 years in the making. The 38-year-old Rees gained notoriety with her coming-of-age lesbian story, Pariah, which debuted to great fanfare at the 2011 Sundance Film Festival. That following year, Rees was hired to re-work the script and eventually landed the helm of Bessie.

A native of Nashville, Rees took a roundabout path to filmmaking. She earned an M.B.A. from Florida A&M U., and then worked in marketing for Procter & Gamble and pharmaceutical giant Schering-Plough in New York. Rees found her way to NYU film school. Internships with Spike Lee’s 40 Acres and Mule, her work on HBO’s Hurricane Katrina documentaryÂ When the Levees Broke, and the feature Inside Man,Â gave her real life, first-hand experience. From there, she developed her 2007 short,Â Pariah, into a feature film.

After Pariah‘s debut at Sundance, Rees headed to Los Angeles, where she made the rounds with a pilot script that didn’t sell. She then wrote a pilot for HBO that was to star Viola Davis as the head of an inner-city school. That didn’t get made either, but HBO did offer her the chance to revive Bessie. Finally, Rees was able to follow up Pariah with a complex character portrait of this well-known historical figure. Rees tackled the singer’s battles with racial prejudice and acceptance in mainstream culture as a female entrepreneur. The writer-director currently is working on developing a series with showrunner Shondra Rhimes for FX, and she also directed the second episode reportedly for season 2 of Fox’s hit drama series Empire.

Despite the mass success of EmpireÂ director Lee Daniels, Rees says that there are still too few black LGBT directors making strides in Hollywood? “Behind the scenes we are still a minority in terms of LGBT people. You can name us on one hand. It’s not like the doors have burst wide open and ceilings have been shattered. There is still a struggle. Good work knock downs doors. There are some of us who are out there doing great work; telling our own stories.â€

Rees spoke with BlackEnteprise.com about the making of Bessie and portraying the iconic blues singer’s bi-sexuality.