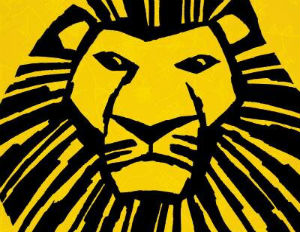 Since its Broadway premiere in 1997, more than 80 million people have seen twenty-two global productions of The Lion King. The DisneyÂ musical, “follows the adventures of the young lion cub Simba, as he struggles to accept the responsibilities of adulthood and his destined role of King.” Directed byÂ Julie Taymor, the first woman to ever receive a Tony Award for Best Director of a Musical,Â The Lion King has been a hit all around the world, including productions in Singapore,Â Moscow, Hong Kong and Istanbul, to name a few.

“It’s difficult not to become emotional at this realization of the show’s impact,” said Thomas Schumacher, president and producer at Disney Theatrical Productions, during an interview with the New York Daily News. He recalled the long road the musical has taken from its beginning in four downtown rehearsal rooms in May 1997.

“Our goal then was to tell the story purely and theatrically so that audiences could feel it in their heart,” he added. “And, to this day, that is the audience experience whether they see the show in Madrid; Appleton, Wisconsin; South Africa; Tokyo or Broadway. Of that, we are deeply proud, said Schumacher.Â ”

Broadway Black.com, compiled a list of highlights for the eighth longest-running show in Broadway history:

Watch the video of The Lion King casts from all around the world celebrating the phenomenal milestone of 80 million guests.

VisitÂ The Lion King to purchase tickets to a show near you.

Where did you first see The Lion King?