ISC Appoints New Advertising and Marketing Leaders to Board 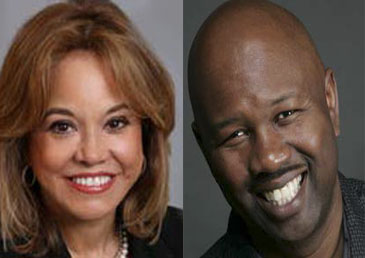 International Speedway Corporation (ISC), one of two major companies managing and operating NASCAR-sanctioned racetracks announced the addition of Larry D. Woodard and Sonia Maria Green to the company’s board of directors.

Woodard is an award-winning advertising executive with more than 26 years of agency experience. He is also president and CEO of Graham Stanley Advertising, a firm he founded in 2010. He has been awarded the O’Toole Award for Advertising Agency of the Year twice, and has won a Gold Effie. He has also received one of the industry’s most prestigious awards, The Cannes Gold Lion for the Oprah Car Giveaway.

Green has more than 20 years of experience in marketing and brand communications, with a specialty in multicultural/diversity. She is an award-winning corporate leader, and a spokesperson on diversity and marketing issues for both Spanish- and English-language media outlets.

Green has held posts at companies including Beauty Group International, General Motors, and Avon Products Inc., working on global assignments in Argentina, Brazil, Mexico, Spain, Puerto Rico and Venezuela. As director of Avon’s first U.S. Hispanic Marketing Division, she successfully developed and introduced new products and programs. She has also served as vice president of marketing and sales at the Broward Center for the Performing Arts and was instrumental in executing the center’s Addy award-winning 30th Anniversary Celebration campaign in 2011.