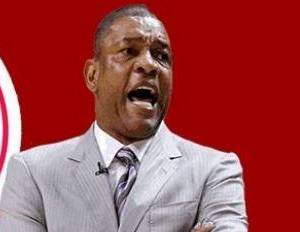 According to Bleacher Report, Los Angeles Clippers coach Doc Rivers told Clippers’ interim CEO Dick Parsons that he will quit as coach if Donald Sterling remained owner of the team. This was the testimony from Parsons in a Los Angeles probate court on Tuesday, as he testified on behalf of Shelly Sterling.

Rivers’ stance is in reference to the controversy created by the audio tapes on which Sterling was caught spewing racist undertones to his “assistant” V. Stiviano, as revealed on TMZ’s website a few months ago.

“This was a distraction,” Rivers toldÂ ESPN’s Michael Wilbon in May. “In our first meeting after the tapes came out and we had a meeting before practice, and when I walked in that room and looked at [the players’] faces, it was bothering them. They were angry. They wanted to do something.”

Based on reports from Adam Streisand, Ballmer’s attorney for the sale, he has asked theÂ  judge for an expeditious ruling when the case concludes. Streisand has stated that his client will pull out if he is not put in power by Aug. 15. Ballmer and the NBA agreed to push back the date of the closing–originally scheduled for July 15– for a month toÂ accommodateÂ the trial.