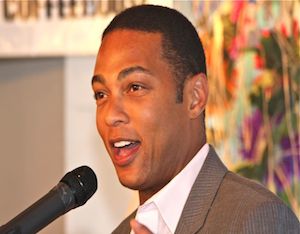 Don Lemon has increasingly created his own share of controversies, but his latest may end up losing him his job.

The CNN host had Joan Tarshis on his program when he asked her a question pegged to sexual assault allegations related to Bill Cosby. He shared his conversation with the well-known publicist shortly after Tarshis went public, saying that Cosby raped her in 1969.

The tense and uncomfortable interview took a shocking turn for the worse as the CNN host inquired why she “didn’t use her teeth as a weapon” while being forced to perform oral sex on the comedian. Lemon prefaced his questioning by saying that he didn’t want to sound “crude” and apologized. Afterwards, he pressed on Joan Tarshis, saying, “You know, there are ways not to perform oral sex if you didn’t want to do it,” he said.

Twitter outrage has produced the trending topic— #DonLemonReporting— with manyÂ  supporting the premise that offering avoidance advice to a person who says she’s been raped is more than ridiculous.

You can watch the interview with Don Lemon and Joan Tarshis and see our #DonLemonReporting slideshow on the next pages: