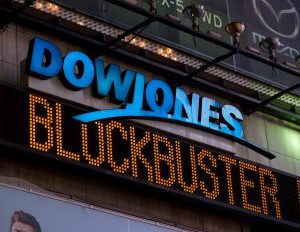 The Dow Jones industrial average made history on Wednesday, closing above 20,000 points.Â This comes after President Donald Trump announced on Tuesday his plans to help stimulateÂ business growth by cutting corporate taxes and regulation.

According to The Los Angeles Times:

It appeared the Dow would eclipse 20,000 points last month – the closing high of 19,974.62 was set Dec. 20 – but the market then moved largely sideways for the next four weeks before resuming its advance.

That extended a months-long rally – and a bull market in stocks stretching back several years – that’s recently been propelled by Trump’s promises of business-friendly policies and Wall Street’s growing expectation of higher corporate earnings in the months to come.

It’s been a rally few saw coming because it looked so implausible a year ago when stock prices fell sharply in response to a financial crisis in China, low oil prices, uncertainty about where interest rates were headed and other factors.

Dow Jones industrial average hits 20,000, but what does that mean? Here’s a crash course

But after rebounding from those concerns, stocks climbed steadily and then gained added momentum after the Nov. 8 election of Trump, who has called for corporate tax cuts, less regulation, more infrastructure building and a tougher U.S. stance on trade.

Read more via The L.A. Times.