FAMILY BUSINESS OF THE YEAR AWARD NOMINEES
This award is presented to a family-operated business that exemplifies the combined experience and expertise needed to excel in a key industry. 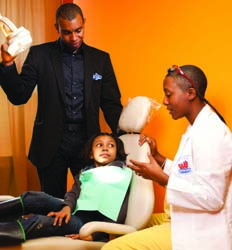 Christopher Harvell and his wife, Dr. Lezli Levene Harvell, melded their expertise in business and in medicine to form a lucrative yet socially conscious enterprise. In 2008, the couple founded Dental Kidz, which follows a business model that accepts payment for services with a state-subsidized healthcare plan or Medicaid, the federally and state-funded health insurance program. In 2009, the couple opened a newly constructed 8,000-square-foot pediatric facility equipped with digital X-rays. Dental Kidz generated revenues of $476,000 in 2009, topping $1.6 million in 2011. 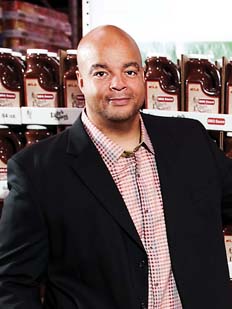 Capitalizing on a family recipe, Walter Nash Jr. formed Lefty’s Spices in 2006, which manufactures barbecue sauces, rubbed meats, dry spices, and fish and chicken seasonings for distribution. He co-owns the business with Walter Nash Sr., Margaret Nash (mother), and LaTanya Nash (sister). Nash has grown the company by solidifying personal relationships and partnerships with food service distributors, including the U.S. Armed Forces, wholesale distributors such as SUPERVALU Inc., major corporations such as Sam’s Club, and retailers such as Lowe’s Food Stores Inc. Lefty’s Spices grossed $459,602 in revenues for 2010 and hit $678,000 in 2011. 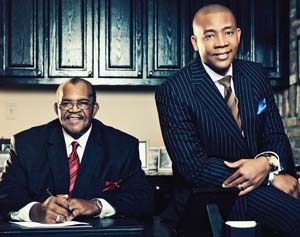 Tillage Construction has evolved from Ken Tillage’s hobby of making cabinets for the residential market 20 years ago into a full-service commercial construction company. After leaving corporate America, Keith teamed up with his father in 2000 to form Tillage Construction, a general contracting business specializing in design build, renovation, new construction, and demolition for the government and the private sector. Tillage grew revenues 285% from $2 million in 2007 to $7.7 million in 2010. Revenues for 2011 topped $18.3 million.