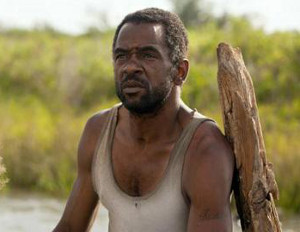 Dwight Henry, made his acting debut in last year’s Oscar nominated “Beasts of the Southern Wild.” He’ll soon make his Harlem debut when he cooks his New Orleans-style cuisine next door to the jazz club opening in the old Lenox Lounge location.

Henry made a name for himself as a chef and baker with his Buttermilk Drops Bakery and Cafe. The restaurant doubles as a bakery and a cafe, which also offers smoked sausage, catfish and grits, along with other New Orleans style fare.

“I’m very excited,â€ said Henry, who will partner with restaurateur Richard Notar in the enterprise at Lenox Ave. and W. 125th St., next door to the jazz club, Notar is opening in March. “That’s always been a dream of mine, to expand outside of the Louisiana area,â€ he said. “It’s a dream come true.â€

According to the Daily News, Henry was on Notar’s radar before his acting debut.

“I sent someone down to see what this guy was all about, this by the way was before he was getting all the attention he’s getting for the movie,â€ Notar explained in an email. “He was flattered I sent someone and came to meet me in N.Y. on his promotional tour for the movie. We hit it off, he’s an amazing guy, soulful with a big heart and a family man.â€