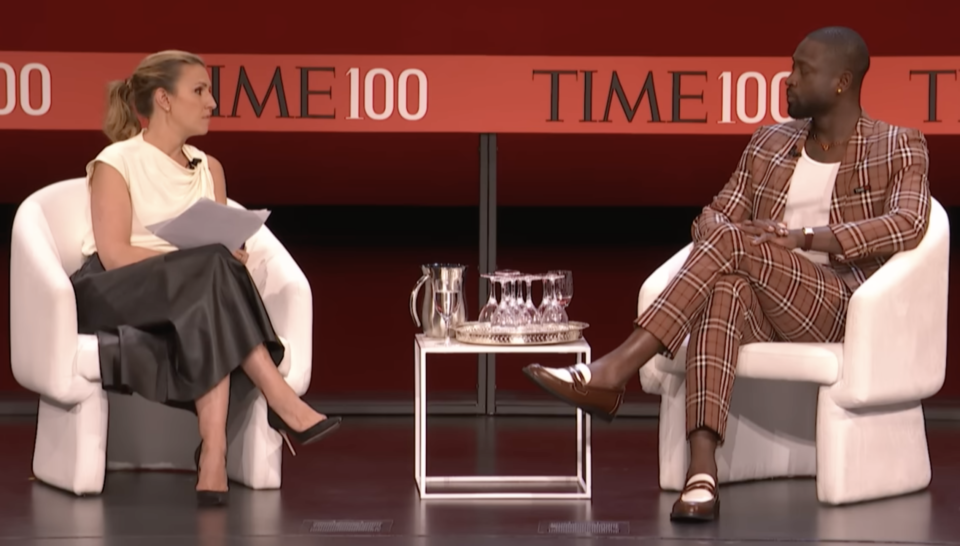 In a recent interview at the Time 100 Summit in New York City, Dwayne Wade shared his fears for his transgender daughter Zaya’s safety in a world that often proves fatal for the trans community.

On Tuesday, the former NBA star got candid with CNN reporter Poppy Harlow and an audience at the Jazz at Lincoln Center concert hall, about his 15-year-old who came out as trans in February 2020. Assigned male at birth, Zaya identified as transgender at 12 and made the decision to change her name and be referred to as she/her.

“’I just think we’re losing our… we’re losing the human side of us, and as sad as it is, as blessed as my daughter is to have parents who can support her, I’m still afraid every moment she leaves the house,” the 40-year-old athlete confessed.

“And not just because of gun violence, but because of the way people perceive her in this world.”

“To me, it’s a joke. This is our life. We live this. When you’re out there making rules, if you’re not experiencing this, if you’re not living this and you’re just out there signing away and making laws, that’s not right. That’s a joke,” Wade said.

He continued, “Come and live a day in my world, with my daughter. Come and see how it is to walk through this world as her.”

Zaya has also publicly spoken about the road to living her most authentic self. In an interview with People last month, she said, “Once I came out, there was a lot of hateful comments about how I should grow my hair out long or fit into a certain version of femininity, even though that’s not true at all. That kind of advice is just trying to break you, but don’t let it.”

The former Miami Heat guard expressed the immense pride he feels for his daughter to have the strength to voice her truth.