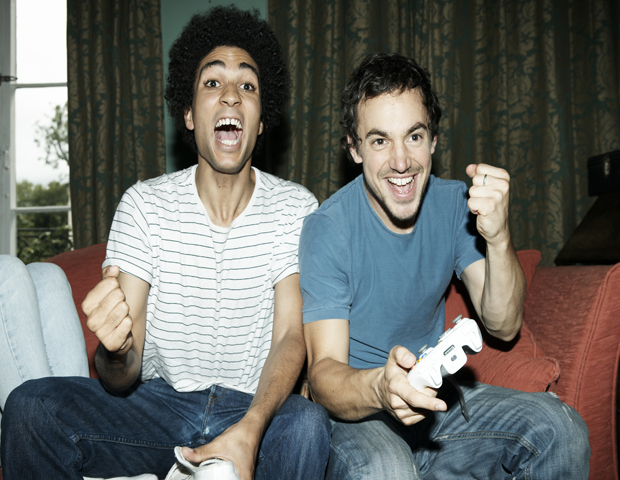 Non-stop action is the best way to describe Titanfall. The brand new title comes from new studio Respawn Entertainment, which is the company of former Infinity Ward (Call of Duty) executives Jason West and Vince Zampanella. The sci-fi shooter splits time between outer space and (what appears to be) earth. Players have multiple guns at their disposal but those pale in comparison to the jetpacks and giant mech suits that fall from the sky (hence the title). The Xbox exclusive title will use Xbox One’s cloud computing to run Physics for the 4th generation version.Â  There is no word yet on how the 360 version will look or play.

A game has to be official to be the first shown at Microsoft’s E3 press conference. Using the Fox engine, the latest iteration of the classic franchise uses an open world format that features real-time weather, realistic passage of time and various options to navigating the terrain within the game. Rumor has it the game is set in the 1980s and will traverse several countries. Â In addition to seeing the amazing graphics in the trailer, we also learned that the previously announced Metal Gear Solid: Ground Zeroes is a prologue and The Phantom Pain is the main game.

With hardly any full gameplay demos available of any of the next gen sports titles, sports games took a backseat this year at E3. The one title that was playable–and stood out–was FIFA 14. The EA Sports juggernaut has continuously improved over the last three seasons. All out changes and/or tweaks to shooting, ball physics, defensive AI and tackling were great for current gen, but on next gen they are even more realistic. In addition to those advances, EA is finally listening to the International Federation of Association Football (FIFA) community, and improving the crowd graphics. If you’ve ever been to a soccer match then you know the crowd makes the game.

Thief is a rehash of an old school favorite that has had its premise adapted in a few successful franchises, most notably Assassin’s Creed. The user plays Garrett, a master thief. The goal is to remain undetected in missions, so Garrett, who isn’t the best fighter, uses his bow and arrow and his wits to get out of certain situations. Focus plays a big part in the game, and comes in handy when Garrett needs to pick locks or get through difficult areas. The adventure title separates itself from other games in the genre by allowing the player to choose how to complete missions. Thief is a very smart and aesthetically pleasing title.

Developer Bungie (Halo) hasn’t made a title in a decade, but he’s back with Destiny. The partnership with publisher Activision birthed what many called the best looking game at E3. Destiny combines single-player, multiplayer and co-op play into a single title. Although the game was made by the two companies responsible for the biggest shooters of all-time–Halo and Call of Duty–Destiny feels more like a Borderlands-meets-World of Warcraft-meets Halo situation.Â  Players choose what kind of character they’d like to play with, and each has its own armor, weapons and strengths. Aside from gameplay, another strength is the beautiful graphics. The environment is smart and immersive, so it almost acts as a character in itself.

Battlefield 4‘s “Angry Sea” was one of the most epic demos shown at E3 and EA backed up the hype by continuously running 64-player multiplayer via Xbox One on the showroom floor throughout the show. Using the power of the slick new Frostbite 3 engine, the first-person-shooter features unreal graphics in an open world format.Â  There are new weapons and vehicles and far more emphasis is placed on bodies of water than ever before. The game’s developer DICE also announced exclusive downloadable content for the Xbox One with Battlefield 4: Second Assault.

The Batman saga usually makes for good movies, but the games have been hit-or-miss. Thankfully, Batman: Arkham Origins hits very hard. As the title suggests, the game centers around how Batman became the vigilante we know him to be today. The storyline is only one part of the magic. The second is a new combat system that is easy to use, but also very intricate. Add three major villains (the Joker included), big boss battles, pristine graphics and Batman with a mean streak and you’ve got a winning formula. WB Montreal did a very good job on the studio’s first title.