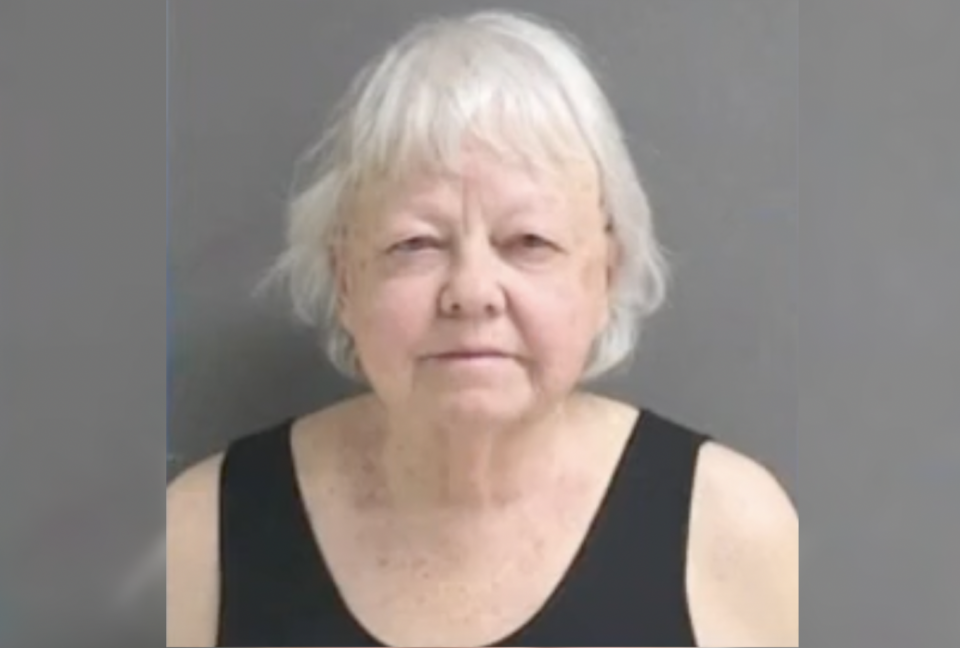 She was tasked with carrying out the hardest parts of the plan.

Ellen Gilland, 76, was charged with first-degree murder of her terminally ill husband, 77-year-old Jerry, after she shot her spouse as part of the couple’s planned murder-suicide.

According to U.S. News & World Report, the couple had been planning a deal for three weeks that if her husband’s illness worsened, she would kill him and take her own life after.

Ellen Gilland reportedly shot her husband in the head inside the hospital room on the 11th floor of AdventHealth Daytona Beach. When she decided she couldn’t go through with the rest of the plan, she found herself in a four-hour stand-off with authorities.

During a recent news conference, Daytona Beach Police Chief Jakari Young, said Jerry Gilland wanted his wife to end things if his illness got any worse.

“Apparently the goal was for him to do it, but he didn’t have the strength so she had to carry it out,” Young said, adding the couple’s decision to turn the plan into “a murder-suicide in which she would kill herself.”

“But she decided she couldn’t go through with it,” Young added.

Officers lined along the hallway of the room after the gunshot sounded off in room 1106 and nurses found Ellen Gilland beside her husband in a pool of blood. Reportedly, Gilland instructed the nurses to leave with her gun pointed in their direction.

The police report stated that SWAT team members had to use a nonlethal explosive device in order to distract Gilland and enter the room where she fired a shot into the hospital room’s ceiling , she eventually dropped her weapon and was taken into custody.

WESH reported that Gilland faced a Judge on Sunday where she was charged with first-degree murder and three counts of aggravated assault.

“Based upon the nature of the charge, Mrs. Gilland, I am going to hold you (on) no bond on the murder charge and the remaining charges and then you’ll be set for a future court date,” Judge Mary Jolley said.

Gilland is currently behind bars in Volusia County.

NEW: 76-year-old Ellen Gilland is being held on NO BOND. She’s accused of shooting & killing her husband, Jerry, yesterday at @AdventHealth in @CityDaytona. Jerry was terminally ill. Police said they planned a murder-suicide if he didn’t get better: https://t.co/n5VHU1tQKs @WESH pic.twitter.com/1Xy6KXVs5B